Weather Geek: The Storms that led to a mudslide, plus a video of stormwater 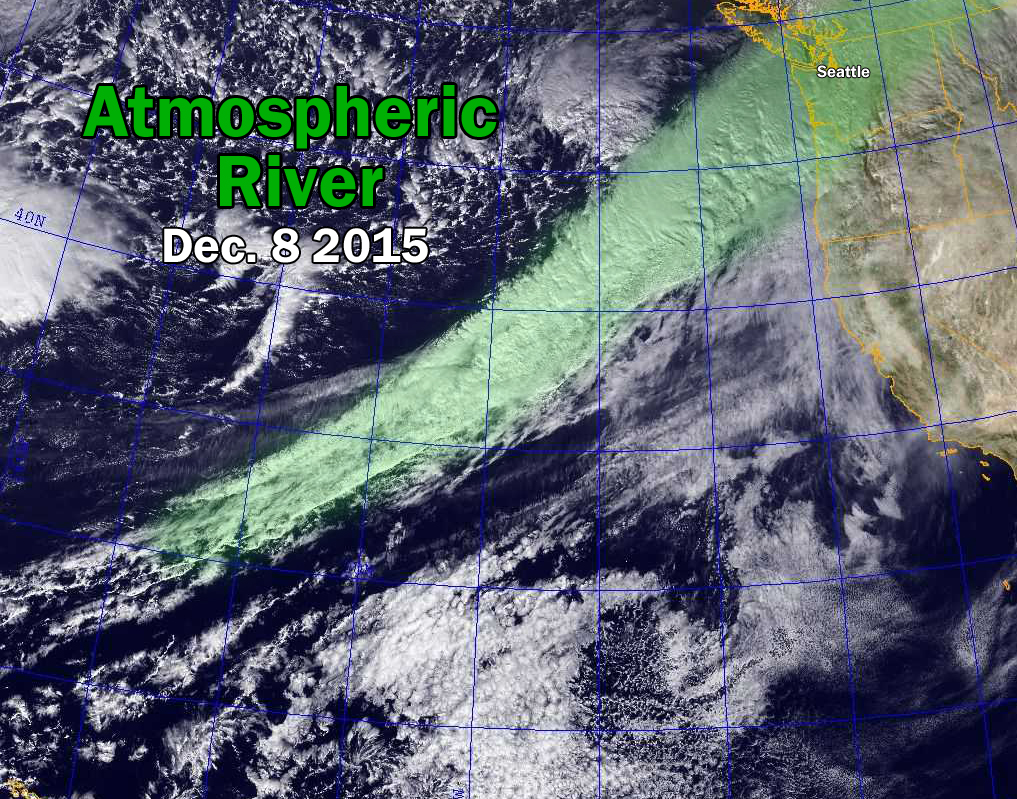 Sea-Tac Airport as of Tuesday night said they had accumulated over three inches of rainfall during the last three days; more than enough to warrant the National Weather Service and the Department of Natural Resources to warn of extreme landslide danger in the south Puget Sound. The final straw on Tuesday was the thick river of moisture fed by tropical air which stalled over the Northwest and dumped inches of rainfall into already saturated and weak hill soils. The unfortunate consequence was the give-away of a hill on Standring Lane, which destroyed one house and prompted the evacuation of five others (see photos & details here). Here in Burien, weâ€™re all too familiar with the danger of landslides. Weâ€™ve lost homes before, and there are many neighborhoods that sit on or near verified slide danger zones. Luckily, it appears that the majority of the heavy rainfall has passed at least for today (Wednesday). Heavy rain is expected to return on Thursday and Friday, when the threat of high wind will also be in the picture. Stay vigilant about your nearby hills and cliffs during, and after this active weather spree. Some slides occur after the storms have passed. VIDEO: Here’s a video set to us by resident John White, who lives next door to Eagle Landing Park. Note the heavy flow of stormwater â€“ so much that John entitled his video “Kayaking Eagle Landing’s Storm Drain”: [youtube]https://youtu.be/z-DgVkbmt1Y[/youtube] Stay safe, and keep updated on the weather by following theÂ Puget Sound Weather Geek Facebook Page Here is a list of information about landslides in Western Washington: For the latest local weather, be sure to follow the Puget Sound Weather Geek: Thanks for visiting! If you have any comments, suggestions, or feedback please email me at [email protected].]]>