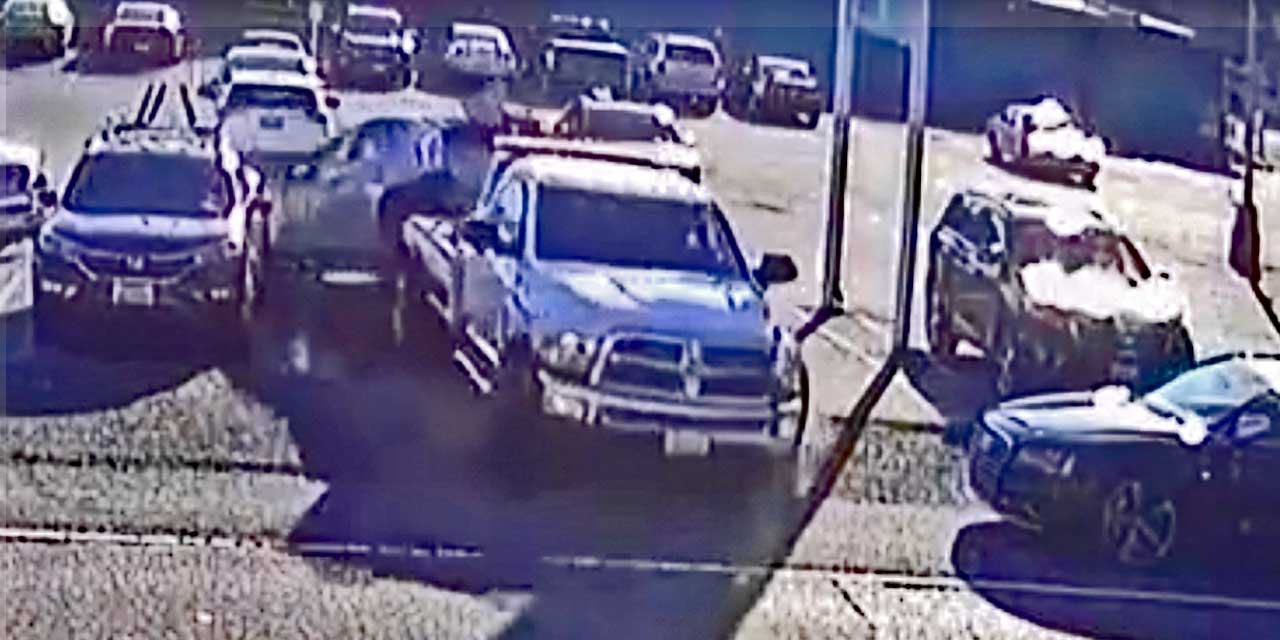 On Wednesday, Sept. 4, the King County Sheriff’s Office released video of Tuesday’s carjacking in Burien, including dashcam footage from an SUV – that had a baby in the back – that was hit:

As we previously reported:

On Tuesday, Sept. 3, just before 5:30 p.m., officers were dispatched to a man throwing rocks at businesses and cars for no reason, causing substantial property damage. When the officers arrived, the man ran from the police cars and stole an occupied tow truck, assaulting the driver. The officers attempted to block him in a parking lot and he used the tow truck to ram a police car. Other officers engaged in a pursuit of the stolen vehicle. He struck several other vehicles on Ambaum and 1st Ave S. Officers deployed spike devices to disable the vehicle by deflating the vehicle’s tires. The tow truck then collided with another vehicle and came to stop. The driver was taken into custody and will be booked into jail on multiple felony charges. Traffic will be impacted on Ambaum and 1st Avenue for the next several hours as we complete the investigation.

Here’s the scene of where the tow truck carjacker was stopped: