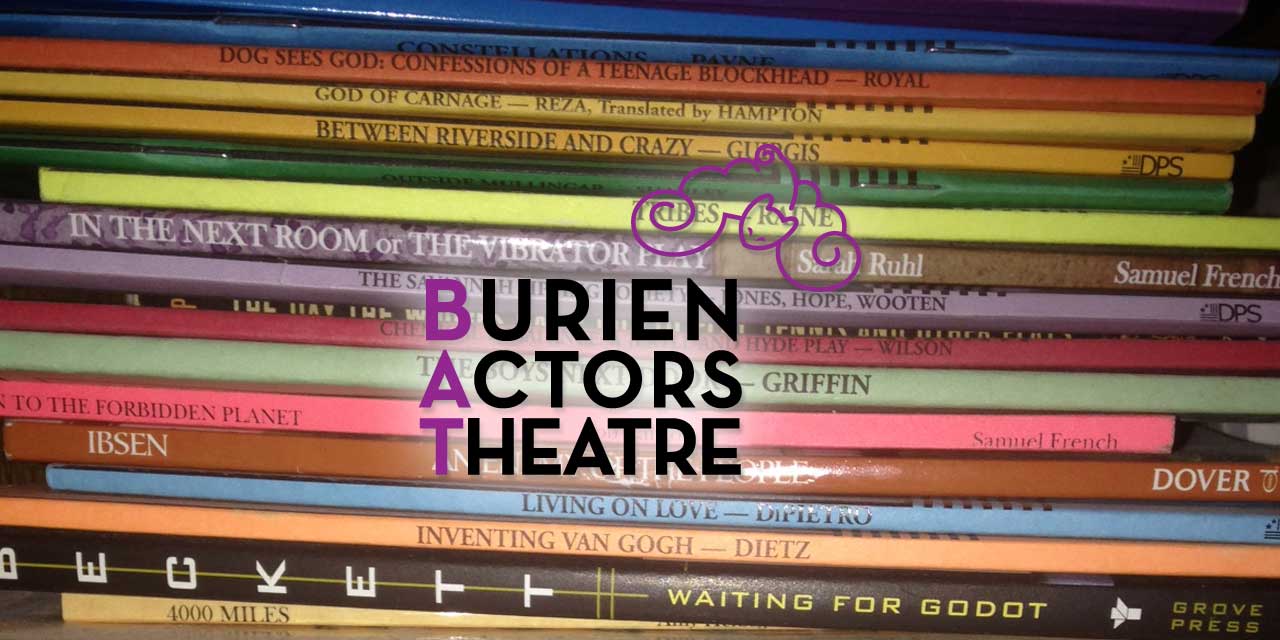 From 2 to 5 p.m. at Phoenix Tea, the Grand Opening includes a formal ribbon cutting with a Burien City Council member, plus food, drink and great conversation. Chat with BALL’s librarian and others from Burien Actors Theatre, the nonprofit theater company that put this library together to share with the public. Peruse BALL’s offerings, and explore the tea shop, which also includes an art gallery.

There is no charge to check out a book or script from BALL. Just check out your selection at the cash register. When done, return the book or script to BALL for the next person to borrow. Or sit and read in a cozy spot at Phoenix Tea while enjoying a cup of tea.

Phoenix Tea, whose owners really know their tea, is located in downtown Burien at 447 SW 152nd Street (map below).

ABOUT BURIEN ACTORS THEATRE
Exciting live theater has been a tradition in Burien since 1955. Incorporated in 1980, Burien Actors Theatre (BAT) has been a leading producer of quality live theater serving residents of the Seattle and south Puget Sound areas.

Burien Actors Theatre gives audiences an intriguing and invigorating theatre experience with unusual and fantastical productions they can’t see in a movie or anywhere else. The company’s mission is to treat audiences to productions of the highest artistic integrity that excite, engage and involve both the local and expanding theatrical communities in the Puget Sound region.