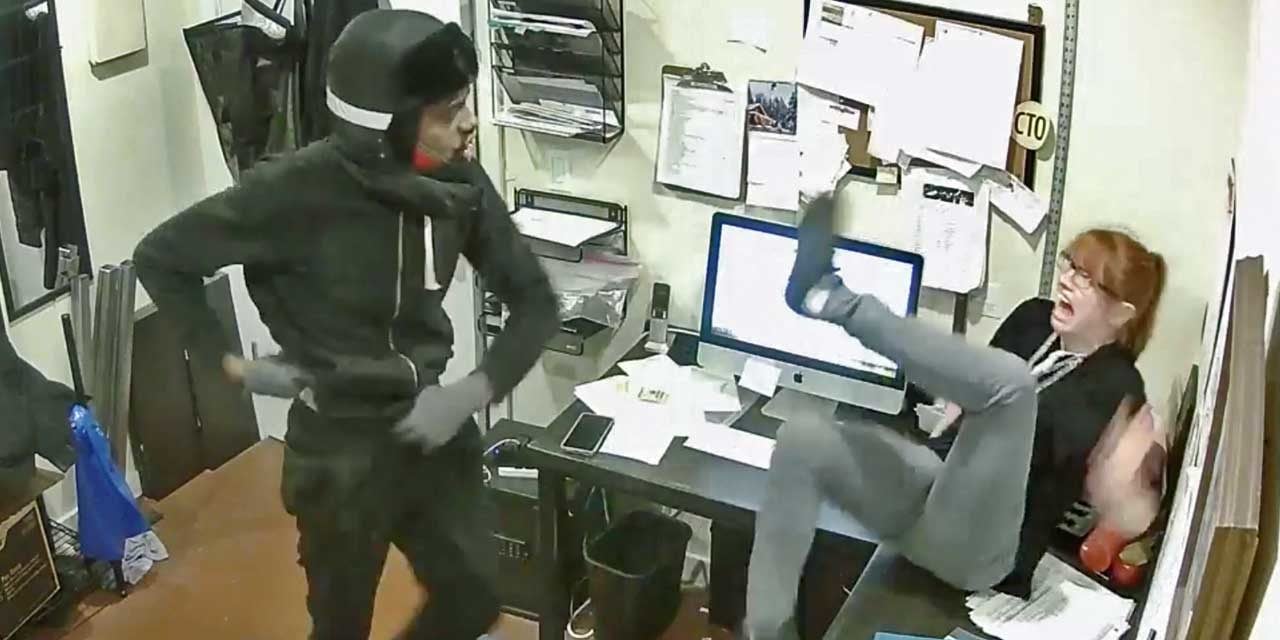 A terrifying robbery was caught on video at a pizza shop located in the 9800 block of 16th Ave SW (map below) in White Center.

“Let’s get this guy in to custody before he hurts someone else.”

Police say that the suspect entered through a back door, then headed straight to the office where an employee was counting cash at closing time.

The suspected then assaulted the employee while he was trying to grab a bag of money. Once the suspect got a hold of the cash bag, he left out of the same back door and ran away on foot.

Deputies who responded to the 911 call were unable to locate him.

The suspect is described as a black male, about 6’1, wearing a black winter hat, black sweat shirt, black pants and black Nike sandals.

“Someone knows who this guy is. Do the right thing and turn him in.”

You can also leave an anonymous tip with Crimestoppers at p3tips.com. Your information might get you up to a $1000.00 reward if it leads to the suspect’s arrest.