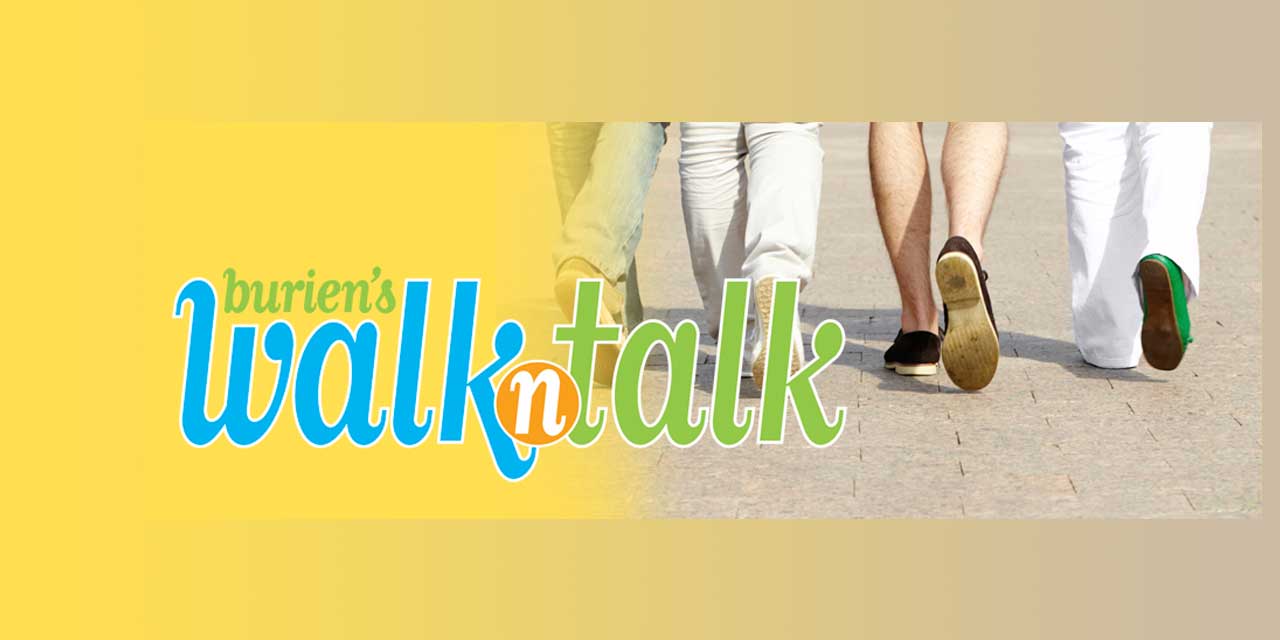 Start the new year and new decade by strolling with others on the January 2020 Walk-n-Talk.

On Sunday, January 5, we’ll meet at Burien Town Square to stroll up and over to Mathison Park, Burien’s highest point, where we’ll walk the park’s pathway and grounds. During a past Walk-n-Talk to Mathison Park, Burien resident Eric Mathison gave the walkers a guided tour of his family’s former home and property. Burien local, Eric Mathison, grew up in the house and yard that is now called “Mathison Park”.

Here’s a map of the Mathison Park Walk-n-Talk Route:
(Click on the map for a larger view, and please print it out to have a map as you walk.) Brief history of the Park:

This five-acre park was dedicated on September 15, 2006. Most of the land was donated by Ted Mathison in 1999. On April 16, 2003, two sisters, Eleanor Carver Nelson and Dorothy C. Carver, donated a key parcel allowing the park to connect between South 146th and 148th Street. They gifted their property to the Burien Parks Department in memory of their grandfather, Herman Nickolas Peters, who homesteaded in Sunnydale in 1889.

Patrons of the Park: The Mathison Family

In the summer of 2006, the Mathison siblings – Don, Phil, Eric, Stephen, and Susan – cut the ribbon to open Burien’s newest neighborhood park and playground. They grew up on the property, raised by their parents Ted and Bernadine Mathison.

Additional history of the Park:

Check out our tip sheet: “Start Walking for Health and Well-Being”