Police say that it all began at 5:05 a.m. when a carjacking at gunpoint occurred at SW 154th Street and 4th Ave SW (map below).

The victim reported the carjacking to a deputy at the nearby precinct.

The vehicle used in the robbery was the vehicle that had been carjacked in Burien.

A short time later, a citizen called to report that a vehicle was knocking over garbage cans in a grocery store parking lot in the 10400 block of 25th Ave SW.

And you guessed it – the vehicle knocking over cans matched the description of the one stolen in the carjacking, and also used in the robbery.

After a search, deputies located the vehicle in the Shorewood area. The vehicle crashed at SW 112th Street and 16th Ave SW, and both suspects fled on foot and deputies chased after them.

Both suspects were caught and detained. The carjacking victim positively identified both suspects, and they were arrested on 2 counts of Robbery 1st degree.

An explosive detection K9 (dog) was deployed and the firearm was recovered. 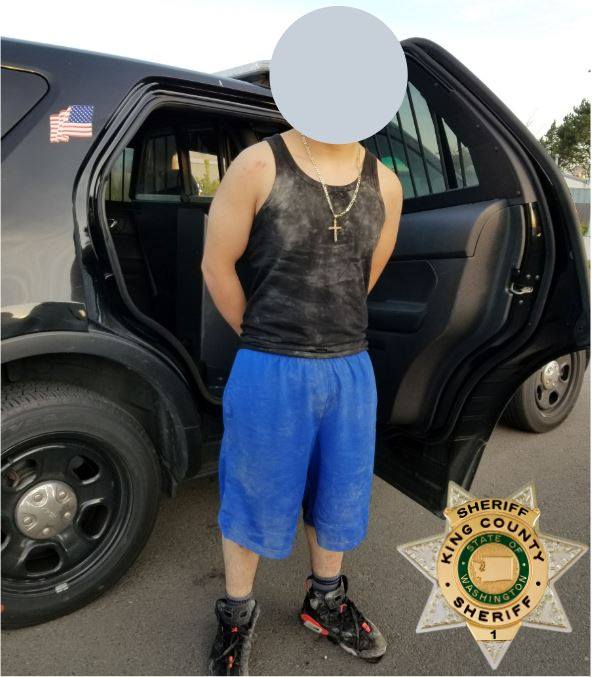 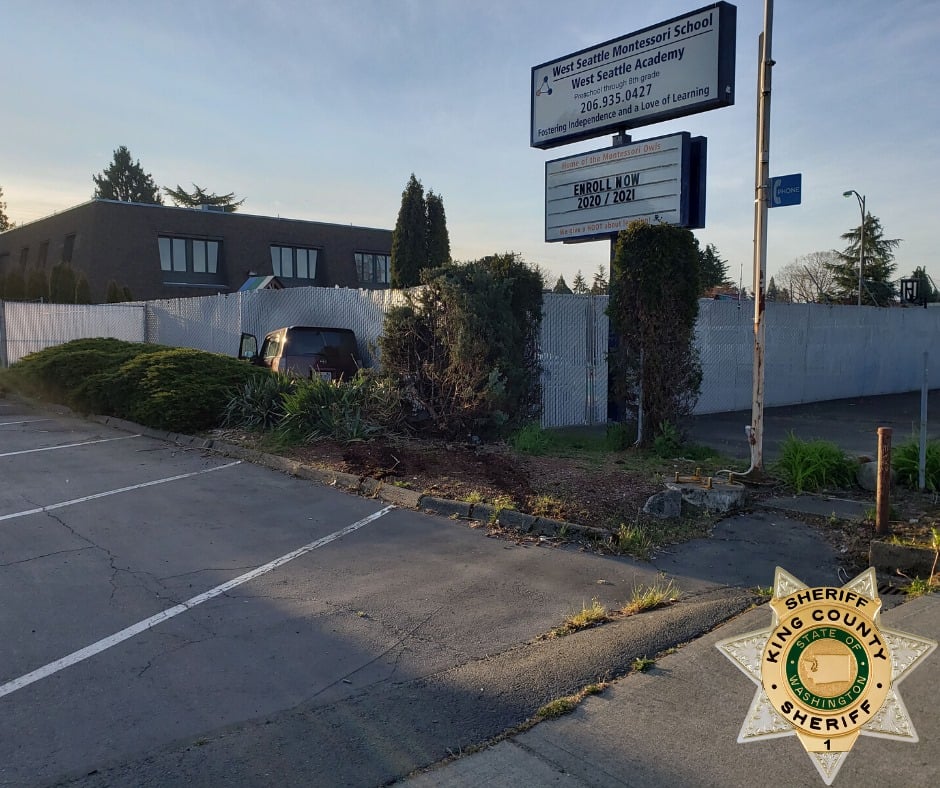