REMINDER: The finalé of Burien Actors Theatre’s (BAT) first Shelter-in-place Season, a performance of the play They Promised Her the Moon by Laurel Ollstein, will be performed this Saturday, June 27 at 8 p.m., and Sunday, June 28 at 2 p.m.

They Promised Her the Moon is based on the true story of Jerrie and her female peers in the Mercury 13 Space Program.

While BAT’s Shelter-in-place Season is a fundraiser, BAT understands funds are tight for some. So, donate any amount from $1 to $10,000 – it’s up to you! Your donation gets you link to see the show.

Donations help BAT, the creative team, and Click-4-Tix, BAT’s online ticket seller, keep going until we can gather together again. They also pay for show costs.

For tickets to a unique experience in these twisted times, visit burienactorstheatre.org or https://v6.click4tix.com/events.php?domain=BAT.

They Promised Her the Moon
They Promised Her the Moon by Laurel Ollstein, is based on a little-known true story of Jerrie Cobb (1931-2019). This riveting play follows a tongue-tied child as she becomes a world-record-holding female aviator who dreamt of flying among the stars. At the height of the Space Race, Cobb and her female peers in the Mercury 13 program trained to become astronauts, ready to join their male counterparts in space and change history.

This story will raise your spirits to new heights.

BAT has missed its audience very much and hopes to be together soon. “Stay safe, and wash your hands!” 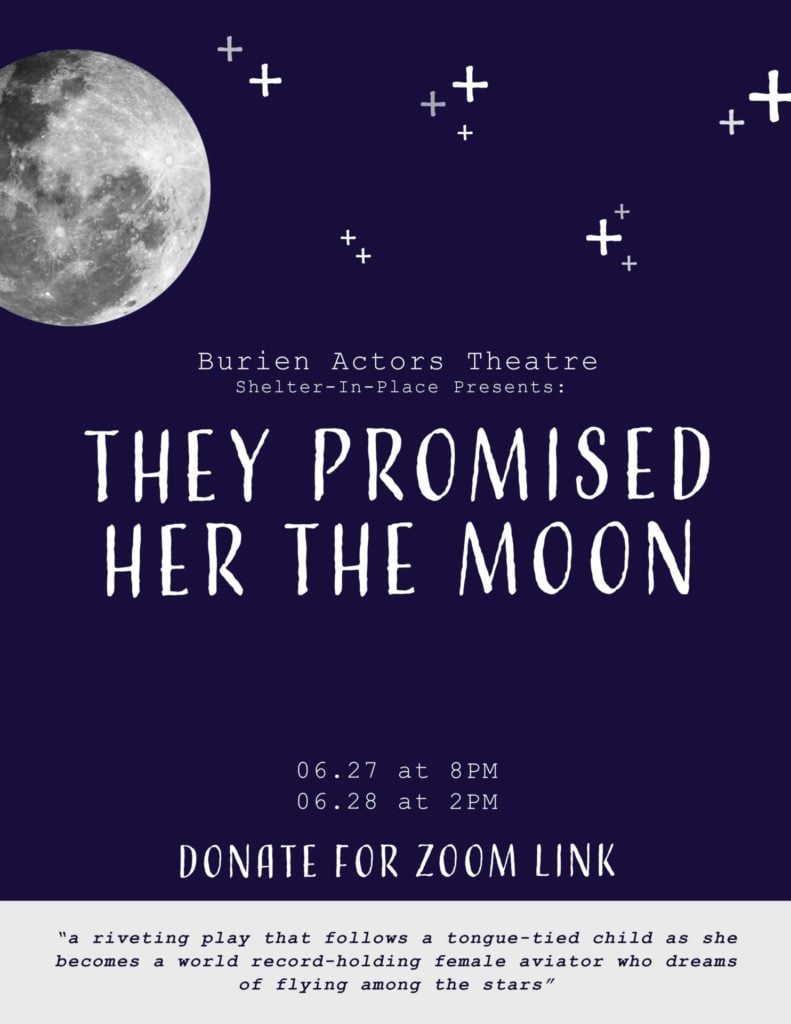