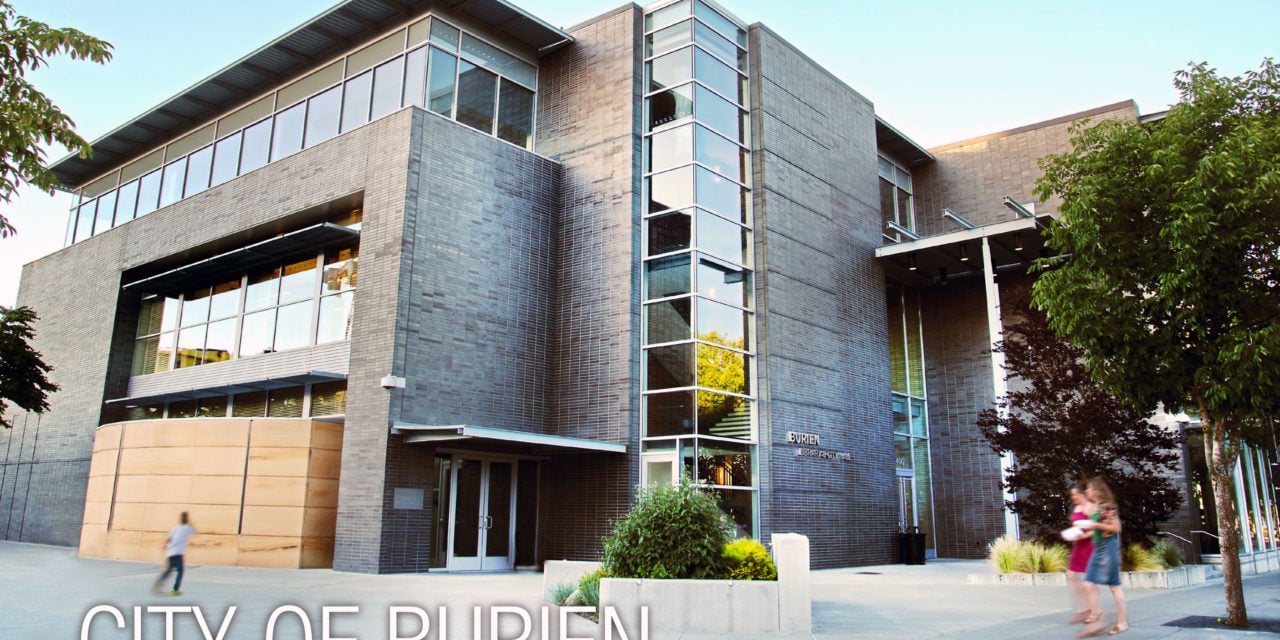 The Burien City Council heard at its Thursday night (Sept. 10) Special Meeting that it will cost $231,000 more than estimated to demolish the Annex — now projected to be a total cost of “at least” $621,000. City Manager Brian Wilson told Council that after the Annex demolition project started in August, it became evident that the city’s previous asbestos testing was not sufficient to identify all asbestos for demolition purposes, and that more testing was ordered.

Parks Directory Carolyn Hope said “we regret this has happened,” and that original tests “did not check for all of the material contaminants.” She noted the potential demolition costs could change because new or unexpected challenges could arise.

Regardless of whether the city demolished the building or “retain it or remodel it,” she said, all of the costs would be the same because fixing the problems would still have to be done. The costs were competitive, she added.

“We came across some additional asbestos remediation that is required for us to move forward and, with that, were costs associated with this,” Wilson said. “We regret that we have to ask the Council for this authority for these particular funds. I can assure you that our staff and everyone is operating with integrity and trying to more forward with the best information we have at the time. From our cost department, we’ve had significant savings this year that has been part of our effort with the budget, but also we have ending fund balance that would be used to would be used to fund these additional expenses.”

The city administration said that based on the outcome of those tests, the contractor submitted charges for $270,000, which exceeds the current budget by $162,000 and that changes will “deplete the existing contingency,” so the Council was being asked for a “20 percent contingency of the base project budget, which is $69,000,”

“On May 18, the City Council authorized $350,000 for the Community Center Annex (Annex) demolition project,” Wilson told the Council. “This budget was based on preliminary cost estimates from three demolition contractors. The low bidder for the project was Construction Group International (CGI), with a project total of $345,400, leaving $5,000 for contingency. On July 20, 2020, the City Council authorized an additional $40,000 for contingency.

Wilson said construction contingency funds will only be used if necessary and approved by the Parks Project Manager and city Parks and Recreation director. Contingency funds would be used for situations such as if the contractor finds more hazardous materials than anticipated, underground utilities, underground contamination, other features that were not known, or challenges with another part of the project. Councilmember Nancy Tosta, who has long and strongly opposed closing or demolishing the Annex and its structures until replacement can be decided upon, said she was not surprised at the problems.

“This is something that has not been handled in an optimum way,” she said.

Wilson said there have been some new savings from the 2019 budget as the city prepares its 2021 budget. He added the city has funds available for the overage of the Annex demolition costs.

Eric Dickman is the Creative Director of Burien Actors Theatre which was one of the tenants but did not attend the Council meeting because he and the actors were in rehearsals for the play “Bold Grace.” In a note to The B-Town Blog, DIckman questioned “spending $621,000 on tearing down a building that the city’s own experts said could be used for a while longer while the city is facing a $3.3 million to $5.8 million shortfall.”

City Finance Director Eric Christensen recently told the Burien City Council the city in 2020 increased the allocation of the property tax to the general fund to “address revenue/expenditures.”

He noted the expiration this year of the $1 million per year annexation credit granted with the absorption in 2010 of the southern part of White Center, known as the North Highline annexation area, into Burien.

Council approved the settlement of the nearly 25-year old battle over the development.

After Burien incorporated in early 1993, the city assumed responsibility for the Emerald Pointe development.

After years of battling between Neighbors of Seahurst Park and Westmark Development Corp., the two sides reached an agreement on Friday, Sept. 13, that frees the developer to use its clearing permit and to seek other needed permits and financing to begin construction of the project near SW 136th and Ambaum.

Two decade battle
The long-running battle started before the area became incorporated into Burien, and was in and out of courts and public hearings much of the intervening two-plus decades. In 2005, Burien was assessed $10.5 million in damages Burien officials in the 1990s illegally dragged out negotiations with Westmark over possible environmental impacts and building permits. In a news release Sept. 16 from Janis Freudenthal, longtime volunteer for Neighbors of Seahurst Park, the group said the settlement agreement “ends the long-time contention over Emerald Pointe.”

At the special Council meeting at the Thursday (Sept. 10) meeting, City Attorney Garmon Newsom said the proposed settlement agreement is for the development of over 100 units.

He said the agreement would “bring a resolution to a very long standing in a matter of public interest in Burien for a number of years” and developer Westmark has “spent substantial amounts of money” to obtain he necessary construction permits “to build a very large multi-family residential property” with over 100 units.

The settlement is a “very good outcome for the city as a whole,” bringing quality housing to the city, Newsom said.