Burien Police / King County Sheriff’s Office are reporting that a patrol deputy investigating a suspicious vehicle at a storage facility on 1st Ave South ended up finding much more:

Our patrol deputies have always been proactive in keeping our communities safe. This story is just another example of the great work they do and how relying on their instincts often pays off.

The vehicle was parked at the gate of a storage facility after midnight, so the deputy was concerned since this facility has been burglarized numerous times.

As the deputy approached, a man exited the storage unit then quickly closed the door when he saw the deputy. As he was doing so, he exclaimed “This is my storage unit, I’m supposed to be here.”

When asked for identification, the male was unable to provide any but gave the deputy his name and date of birth. The deputy ran that information as well as the license plate of the vehicle. The male claimed that the vehicle belonged to his girlfriend and that the storage unit was his, however the male was unable to open the gate using a provided gate code customers of the storage unit are given.

Dispatch advised that the name and date of birth provided had no warrants, nor a driver’s license but was associated with a convicted felon. It was at this time a second deputy arrived on scene.

Inspecting the vehicle, a deputy was able spot a black semi-automatic pistol in between the driver’s and passenger’s seat. Because the driver was a convicted felon, he was detained.

In addition to the loaded weapon, the deputy also noticed that the vehicle’s ignition was damaged and there was a screwdriver on the passenger seat. The vehicle was registered out of eastern Washington (in a different name than he claimed his girlfriend had) however deputies were unable to get ahold of the registered owner.

Incident to arrest, a search of the suspect revealed three large bundles of money, held together with large rubber bands. In addition, a scale, and a small zip lock bag containing a black tar substance, initially suspected and later confirmed to be heroin, was also found in his person. When asked where the money came from, the suspect stated he found the stacks of bills in a “hole in the wall.” That amount of money came up to $2,430.00.

The suspect was transported to the King County Jail where he was booked for Unlawful Possession of a Firearm as well as Possession with Intent to Distribute a Controlled Substance. There may possibly be additional charges should the vehicle be proven stolen. 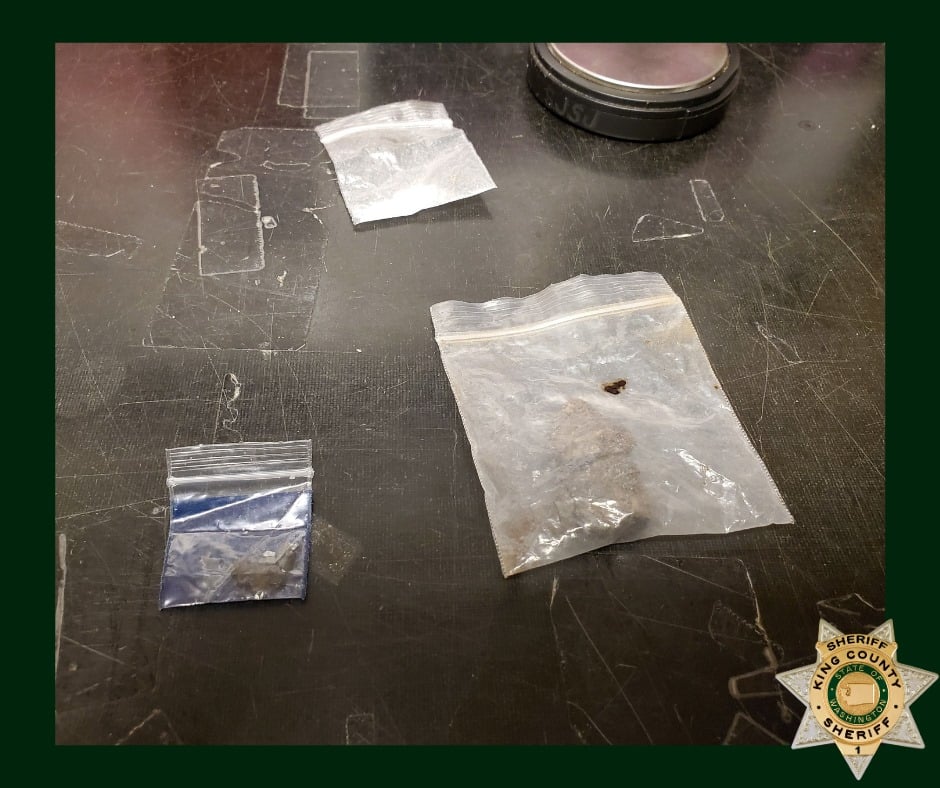