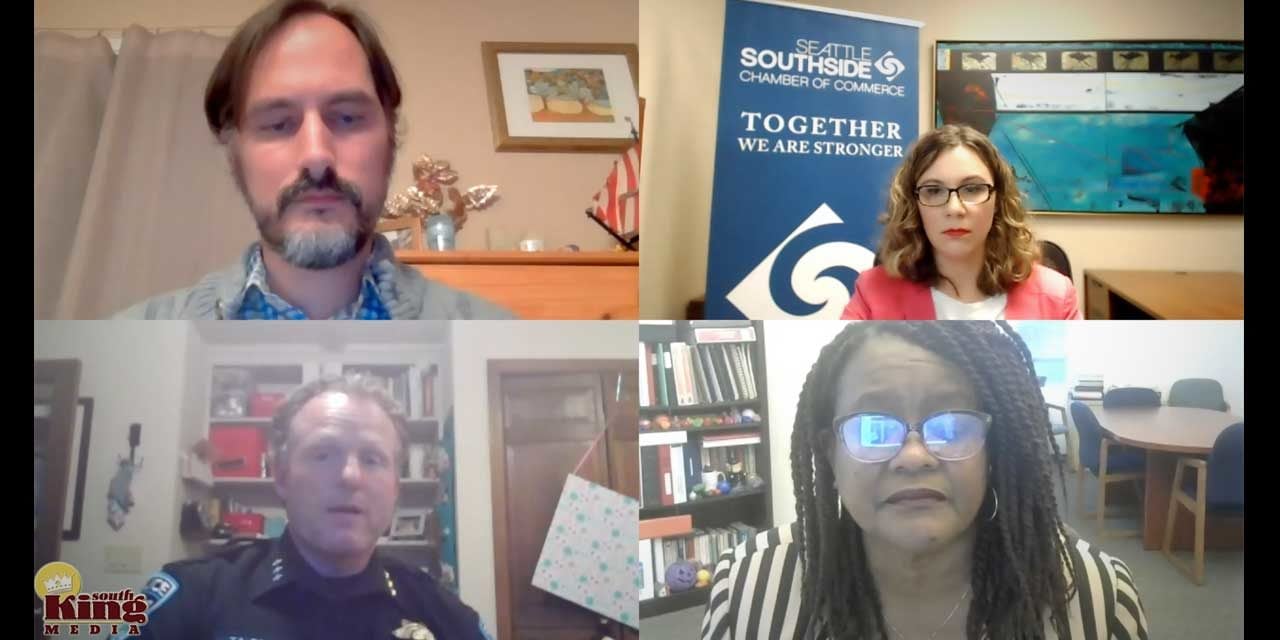 On Thursday night, April 29, 2021, the Seattle Southside Chamber of Commerce – working with the Burien Police Department and the City of Burien – held an online Public Safety Event to discuss recent concerns about crime.

The impetus for this event was a Letter to the Editor by Danny House first published on The B-Town Blog on April 6, 2021, and signed by 81 Burien business owners. House’s letter expressed concerns about recent crimes to businesses in the downtown core.

Chief Boe talked about crime stats – including how Burien is second lowest in South King County (behind only Normandy Park), yet has the fewest officers per thousand of all cities in the county (at 1.00/thousand). Burien P.D. staffs a minimum of three officers daily from 10 a.m. until midnight, then a minimum of four officers overnight. They also have three detective units.

Burien also has the lowest cost per resident of any policing entity in South King County, Boe said. 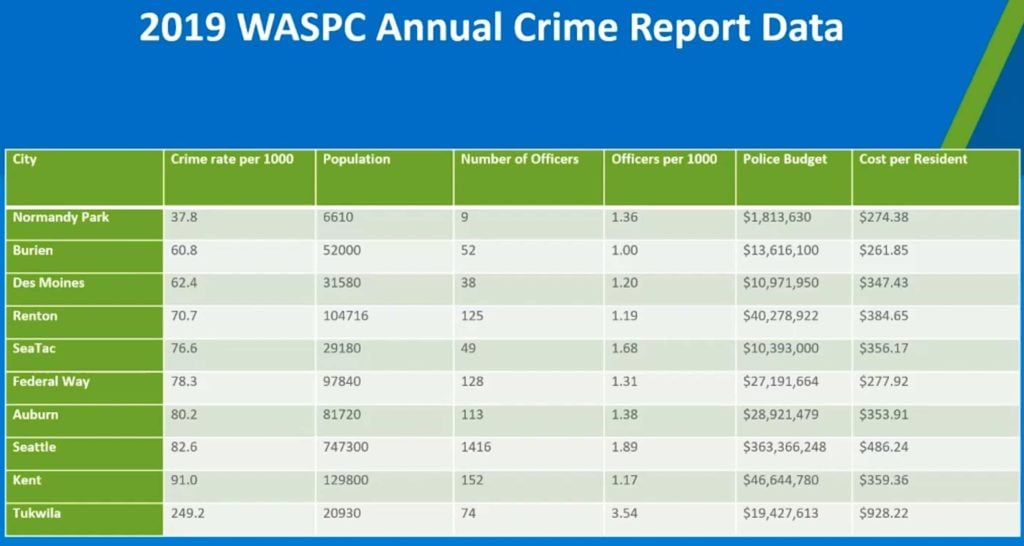 “The guiding principles for your Burien Police Department are building trust, fighting crime and supporting each other,” Chief Boe said. “So building trust means that every contact and every interaction we have with people is an opportunity to build trust, not only in ourselves but also in our profession. That means not just the community member, but also the person we arrest, also the other law enforcement partners, the business community – every interaction is about that opportunity to build trust in our profession. Fighting crime is the idea that we have to address criminal behaviors in our community, and we also have to look at long term solutions to reducing crime in our community. So fighting crime is both sides of that discussion.”

Boe added that the department’s response to House’s Letter includes:

“And I really fundamentally believe it’s a team sport,” he added. “It’s not that police are going to solve all crime in our community but rather we have some collective ways to reduce crime in our community, and supporting each other is a recognition that if the men and women working in the Burien Police Department aren’t supported with training and equipment and quality leadership, what we’re going to find is that they’re not going to deliver the service you want delivered on the side of the road, in order to fight crime and build trust. So, it is a three legged stool where each of these things have to live in some form of balance.”

Watch the edited (for time) video below, which was also streamed live to our Facebook page, and also included Interpretation and live closed captions (running time 1-hour, 32-minutes):