EDITOR’S NOTE: Every Tuesday, columnist Neil Ball shares photos and profiles of local birds that he’s seen, studied and photographed in our area.

The Spotted Towhee is a quite common bird in B-Town. They thrive in the rhododendron and azalea gardens common to the is area. They are a ground feeder and make their “living” scratching at the leaves and mulch on the garden floor to expose their dinner, BUGS. Have you ever been out in the garden and heard something rustling in the bushes, followed by a pause, then more rustling? That is probably the Towhee scratching up dinner.

The Towhees are great vocalists as well. A seasoned member of the morning birdsong, Besides their characteristic “Heeeeeep”, the male will defend its territory by sitting atop a tall bush and letting everyone know that this is their place. In our garden, they like the laurel right outside our bedroom window, at 5:30 in the morning.

The Spotted Towhee is a relatively new species. It used to be combined with the Eastern Towhee in a common species known as the Rufous-sided Towhee, but the experts decided that there was enough of a difference in their song and DNA (yes, they study that stuff) tow split them into two separate species.

The next time you in the garden, or on a walk, listen and look for this red-eyed beauty that graces our gardens. To lure these garden gems to your area, leave the leaves and mulch under the trees and shrubs. They help promote healthy plants and native birds. 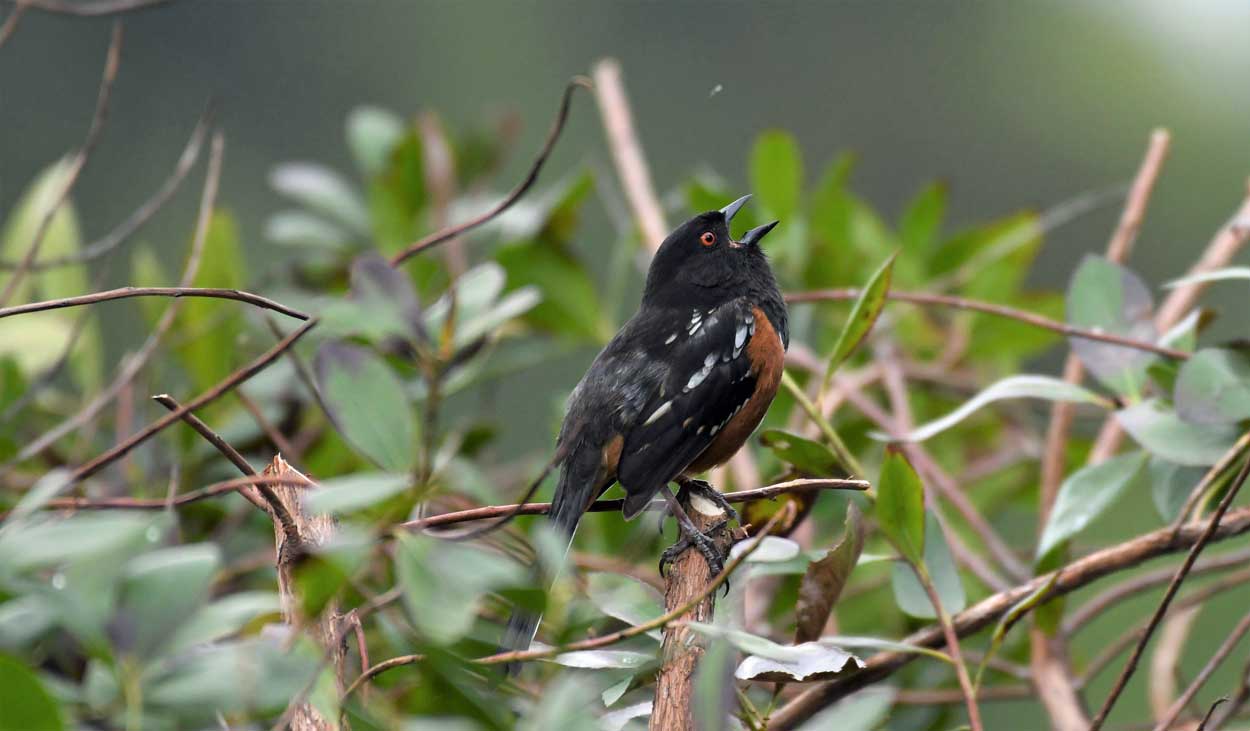 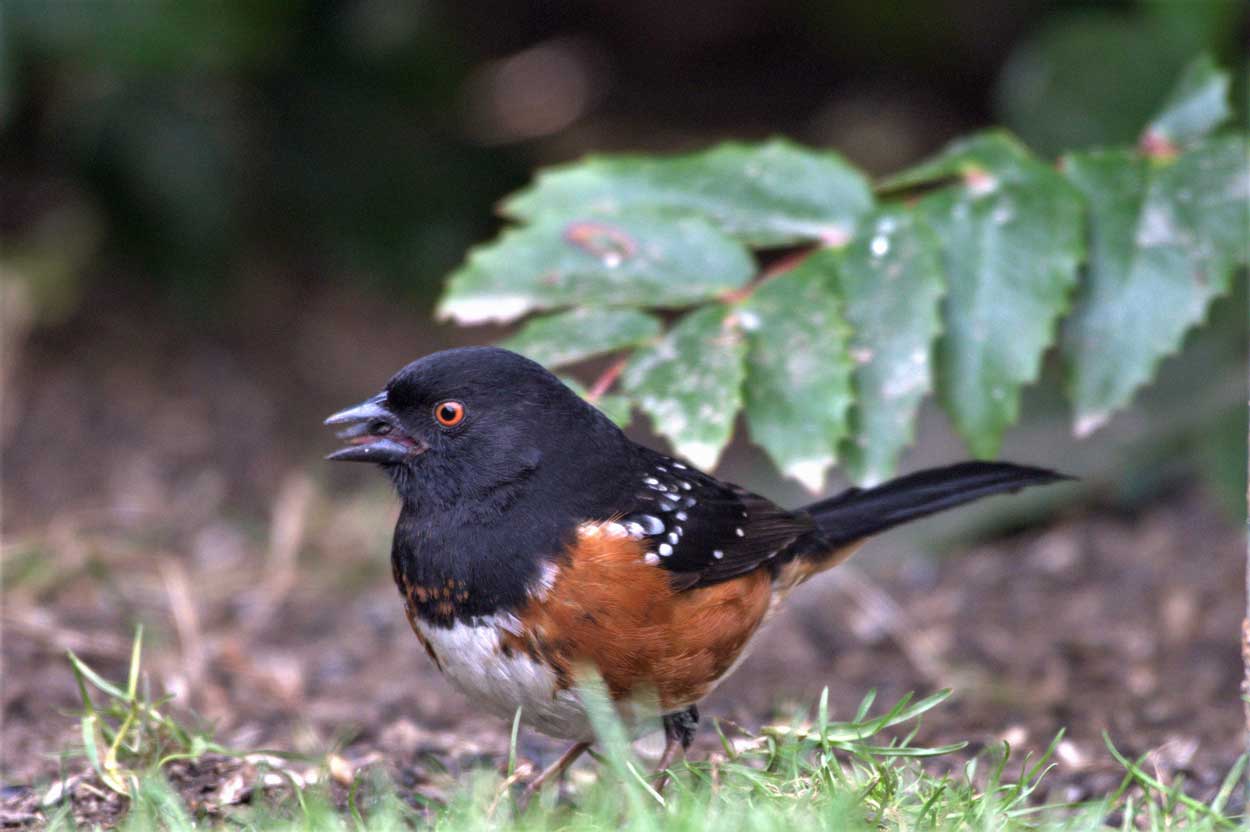