Right or wrong, the Burien Annex is gone – and the future of that site at Fourth Avenue and old Crosby Road, or 146th Street, is up for debate.

The city is preparing to host a public engagement process this year to identify and prioritize community needs and necessary facilities to meet those needs in the wake of last year’s demolition of the annex and the resulting displacement of seven nonprofits, some of whom have since found new homes, while others – including the Burien Actors Theatre – remain homeless.

In choosing to demolish the 1948 former elementary school at a cost of $345,000, the city avoided millions of dollars in deficiency remediation costs and projected ongoing maintenance costs, according to a December 2019 facility condition report by consultant MENG Analysis. That report also estimated the cost of replacing both the north and south buildings of the annex at $11.4 million.

Whether it be a new facility, new park amenities or something else entirely, the future use of that site ultimately depends on community input, available funding and the will of elected city leaders.

That is what informed the sixth and final question in our six-part Burien City Council Candidate Q&A series leading up to the Aug. 3 primary election. Each day, we’ve heard from the candidates – 11 of whom submitted responses – on one question.

In May 2020, the city council voted to demolish the Burien Annex after learning of significant structural safety issues and the prohibitive estimated cost of repairing the facility. That demolition was completed during fall 2020, leaving open not just a large area of public park land but also the question of how that space should be utilized in the future. Ahead of an anticipated community engagement process on that question, what are your thoughts on this issue, and how do you believe that space might best be developed to serve the needs of residents?

EDITOR’S NOTE: Each candidate’s name links to their website; click on it if you want to learn more about them. The annex park land is an opportunity to invest in a community asset in the heart of our city.

This opportunity has the same potential to impact our community for generations as the City Hall development, and the anticipated community-engagement process should be the most robust that we have undertaken as a city.

It can’t be done in just a few months, and it must be a new, equitable way in how we engage with all corners and neighborhoods in Burien, and it should also engage our Duwamish Native community. In my canvassing of over 4,000 residences from north Burien to the southern boundaries, from the east to the west neighborhoods, this issue came up only twice. It does not appear to be top of mind for most residents, therefore, it has not been a priority of my thinking. I cannot state the will of the people of Burien.

However, this property has the potential to become a jewel in the middle of our city for whatever purpose our residents most value. Rather than stating something without understanding the people’s desire or the legal boundaries to which we must adhere, I would prefer to pass on this question for the time being.

Our residents instead want the Burien City Council to focus on preventing our residents and businesses from being victims of crime, restoring our streets and public spaces to the taxpayers and the lives of the homeless to being contributing members of our community.

I do look forward to the day when this project is a focus of our people because we will have solved the most critical current issues. Let’s instead adhere our direction and focus on the vision of Burien’s Master Plan Overview.

According to the city of Burien’s Master Plan Overview, stated on the website, “Burien has fostered its distinct community character and is emerging as a vibrant, family-oriented community on the water’s edge of the Puget Sound. Residents of the City of Burien see it as a friendly community, rich in heritage, with well-established neighborhoods and a small-town atmosphere within a growing region.”

We need to align our citizen’s concerns and interests with the vision stated above. Public space that is safe, maintained and welcoming of all communities is essential to the quality of life and health of its residents, from youngsters to seniors. My goal is to bring together the best ideas around this project to ensure that the outcome reflects the wishes of those who will benefit and are invested in its success for years to come.

We need to make sure that a project of this type is inviting for families and individuals in a mutually respectful setting, and that there are sufficient budget resources allocated for the immediate, intermediate and long-term needs of the space. 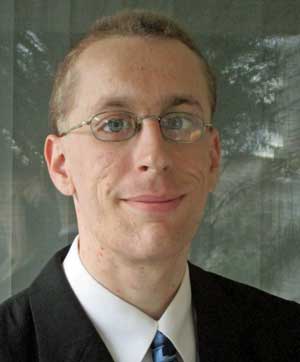 While I understand that residents might desire options that will directly serve the public, such as a new community center, I am also aware that there are other uses that are needed by the city, such as a new public works operations space, which might be a better investment at this time.

The city has limited resources, and I will work with other council members to secure outside funding for any project we decide to move forward with after a process that allows community members ample opportunity to weigh in. 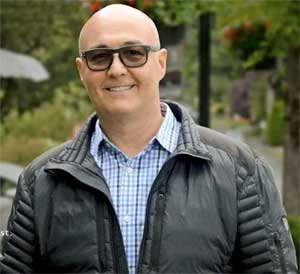 I have not done the research necessary to provide an educated answer, so in this case I would defer to the city council and Economic Department for the best options.

Once we had those, then we would vet the opportunities and start by asking, “how does this help Burien?” My goal for the property would be that we use it to best meet the needs of the community as a whole, and that it be accessible and available to all who call Burien home.

For me, personally, it would include renaming the skateboard park in honor of Tim Hunter and building on the youth presences at the park to incorporate youth-led and youth-focused activities in the structure we eventually create on that site. This could include indoor, rainy-day activities for preschool-age kids, late-night teen gatherings, focused programs for at-risk youth and everything in between – separated by time and perhaps with multiple entrance points to alleviate parent concerns.

Additionally, prior to COVID-19, Burien’s Parks, Recreation and Cultural Services Department was preparing a nuanced and equity-centered survey of the community to determine what services were most needed in the city. I would like to see us return to this process to help ensure that the space is meeting some of those identified needs, including arts and human services, recognizing that there will also be needs identified with solutions that make better sense dispersed through our many neighborhoods. As the question suggests, I believe that this is a perfect example of how community engagement should take priority over what members of the council would like to see personally.

There was a lot of controversy over the demolition of the building, but I won’t get into that, as it has been done. Whether it was the best thing to do or not, we need to move forward. Right now we have a great opportunity to push for the participation of the community and learn exactly how our city would benefit the most from this property.

If elected, I believe that the best way to satisfy the needs of the community is to let the community define its own needs first, and then take decisive action to make sure those needs are met. I think that this would be an excellent place for the city to build affordable housing units.

If we used that land to construct city-owned, competitively priced, low-income apartments, it would help ease the rents in the local area while also providing the city with future revenue. We could also encourage developers to build a low-income apartment complex in the area.

Affordable housing is a hot-button issue right now, and I think this spot is an excellent, walkable area near many local businesses that would benefit from the increased traffic. The annex facility was in ill repair when Burien inherited the building from King County during our 1993 incorporation. Unfortunately, previous councils didn’t have this facility as a priority for maintenance and it’s condition worsened to the point of our urgent 2020 decision.

The deed on the property requires that it be used for public benefit, so I would like to see a comprehensive, engaging, inclusive community process around what it’s future will be – community center, sports complex or other. The annex was gifted to the city. It was not well maintained by our parks department. The relationship between the tenants and the parks department was hostile, especially toward the Burien Actors Theatre.

Even though the building was four years newer than the building the parks department calls home, they drove to scare the tenants out of the building, claiming the water was contaminated and the ceiling tiles were full of asbestos. This was false.

I collected water samples and had them tested, and the water was clean. I tested the tiles and there was no asbestos. In return, the city manager announced he would have me arrested if I continued.

He evicted paying tenants and had the building torn down. The low bidder was supposed to do this work for a bid of $345,000 but then claimed he found asbestos. That contractor has been paid more than $620,000. We have a saying in the construction business, “bid them low and watch them grow,” and this certainly happened in this case.

If we had put $620,000 into fixing the issues of neglect, we would have our Burien Actors Theatre and revenue. It’s gross mismanagement and another reason I am running for council.

Let’s not forget the Burien Actors Theater suffered from a fire a few years prior and their performance area was completely restored using insurance money. To this day, I feel there is something very suspicious regarding the decision that led up to tearing down those two buildings.

How should it be developed? Well, the DESC was looking for a tax-free space. That property is tax free. Why not build there? It is a far better location and there is room for parking and support facilities. The police would even have room to provide an outreach branch. As someone who has volunteered for several not-for-profits in Burien, this issue is important to me. I think it is critically important that we have a general-use facility in the area that the community, faith-based groups and community-based organizations can use for the wonderful work that they do in our city.

Whether rebuilt on the former site or elsewhere in the city, we need a new general-use facility. In an ideal scenario, this facility would include a public pool for community use. This is why it is so frustrating to see something like the DESC cost Burien hundreds of thousands of dollars in tax breaks and lost revenue when we could be using that tax revenue to support and build a new general-purpose community facility.

If another site is chosen for the location of this facility due to feasibility, then the former site of the Burien Annex should be maintained as a public park. Public spaces need to be preserved in our city as we continue to grow over the coming decades.