“During the early morning hours of Sunday, Aug. 16, 2021, King County Sheriff’s Office deputies responded to the 12200 block of Roseberg Ave S. (map below) after this stripped, GMC Denali was left in the roadway. 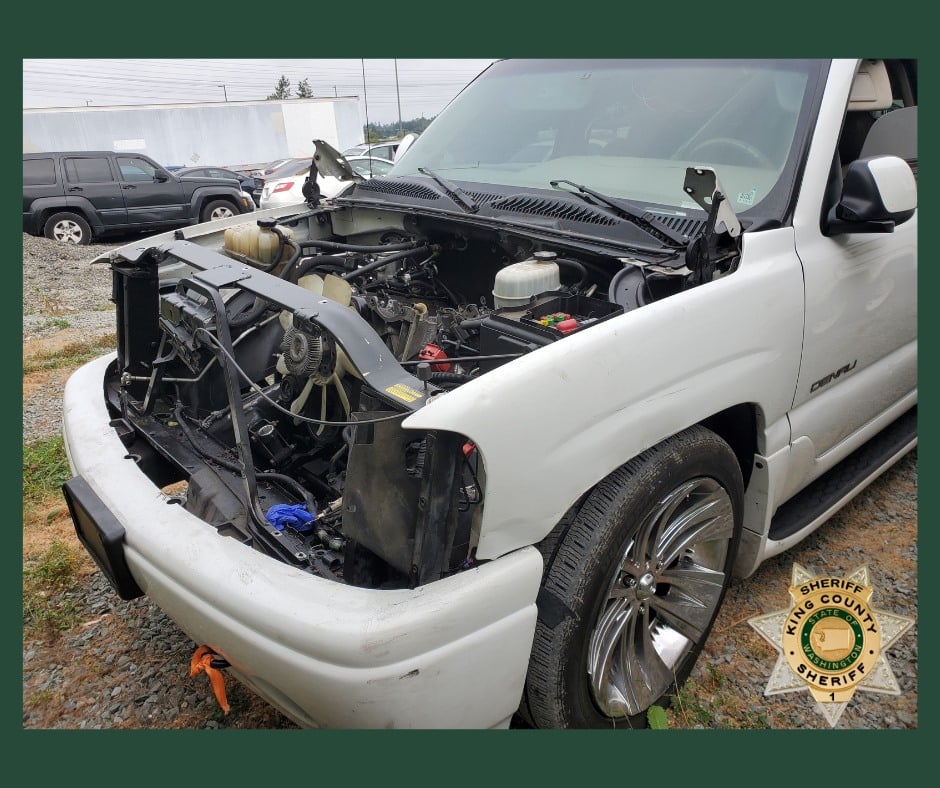 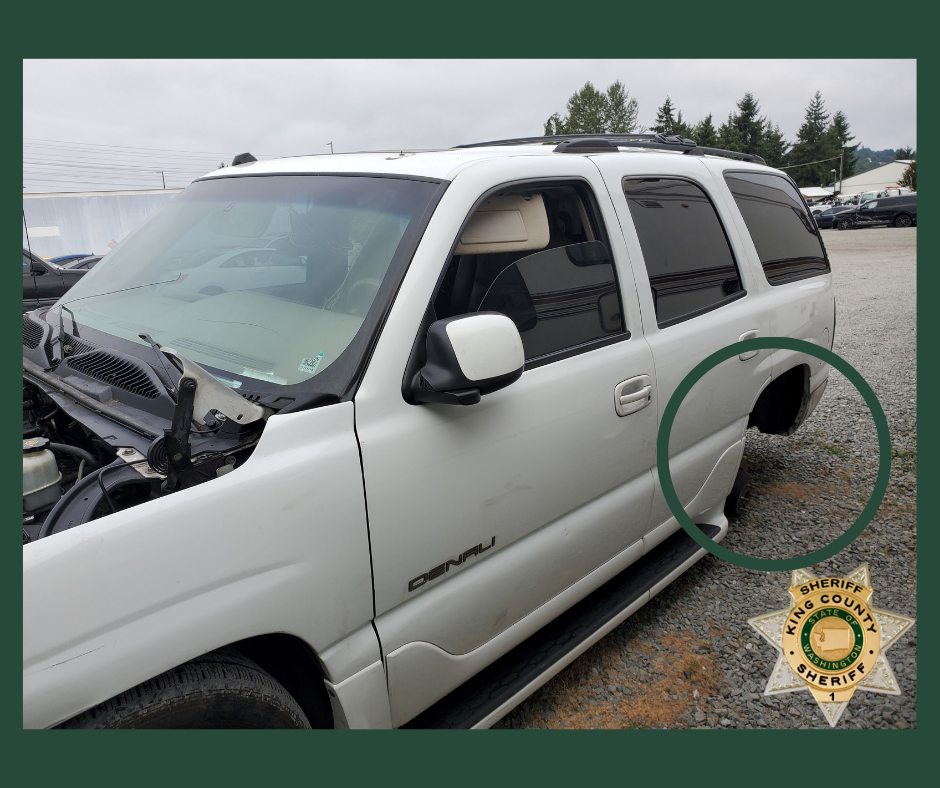 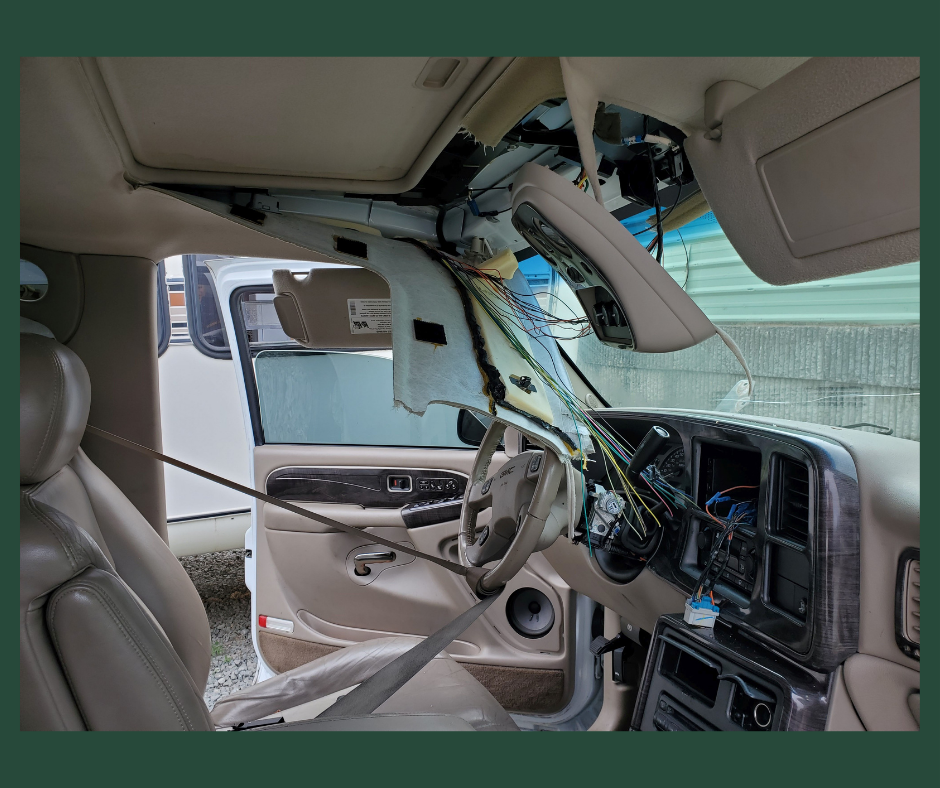 “A computer check of the vehicle identification number (VIN) on the GMC’s doorframe did not indicate it was a stolen SUV. It is not, as we sometimes report in these posts, uncommon for people to dump their junk vehicles on our public roads.

“Deputies had this GMC towed to a Renton yard. It was there that sharp employees found a second VIN which told a different story. Using this 17-digit number they learned the GMC was stolen ten-days earlier from a Kent address. Seeing your stolen car stripped is almost worse than never getting it back at all. The suspects in this case remain outstanding.

“No agency can solve every crime. Count on the King County Sheriff’s Office to always respond, report and investigate this and other cases. Our deputies always remember there are real people touched by every property crime.”