Most city of Burien employees fully vaccinated by Nov. 1 deadline 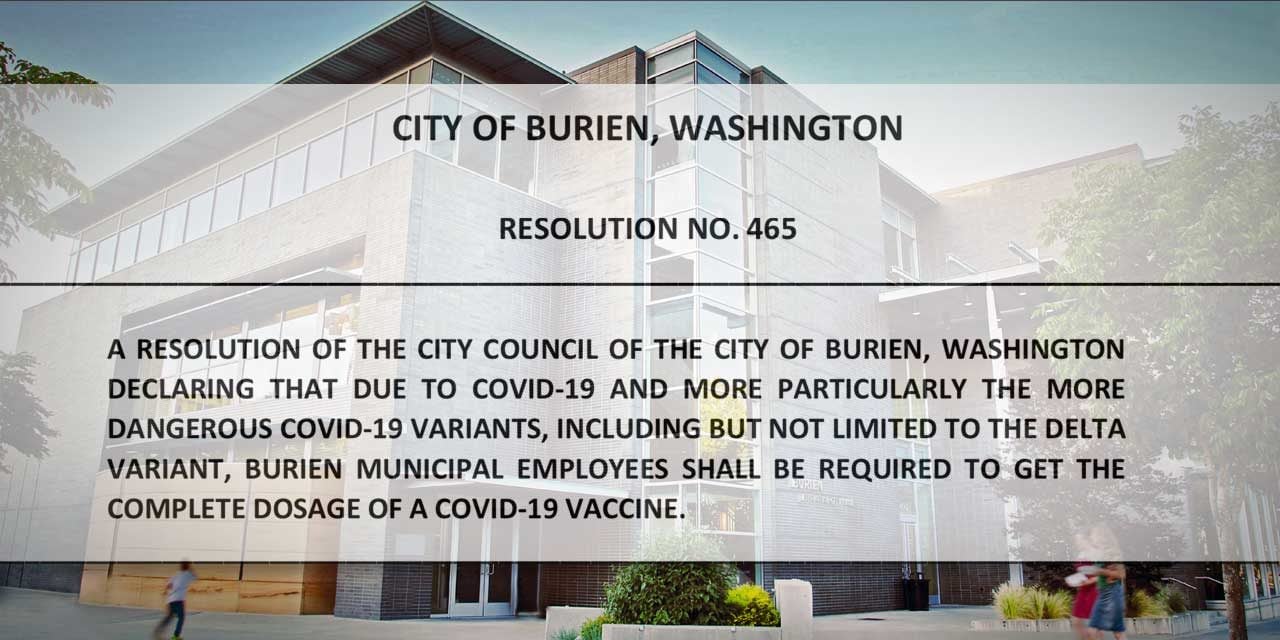 That means 109 of the city’s 116 employees were vaccinated by the Nov. 1 deadline established when the city council unanimously adopted a mandate Sept. 20 requiring employees to either get vaccinated, seek and receive a medical or religious exemption, or face termination.

Upon adopting its mandate in September, the city of Burien apparently became the only city in the state other than Seattle to make vaccination against COVID-19 a condition of employment. On Oct. 4, the city of Shoreline adopted an employee vaccine mandate effective Dec. 1.

In August, the state of Washington, King County and the city of Seattle announced employee vaccine mandates effective Oct. 18. All three have seen high rates of compliance: 92 percent of state employees, 97 percent of county employees and 99 percent of Seattle employees.

Two days after Burien adopted its mandate, the Port of Seattle announced an employee vaccine mandate effective Nov. 15. Two local Teamsters unions have sued over that mandate and are seeking an injunction.

(CORRECTION: This story has been updated to acknowledge the city of Shoreline’s Oct. 4 employee vaccine mandate.)