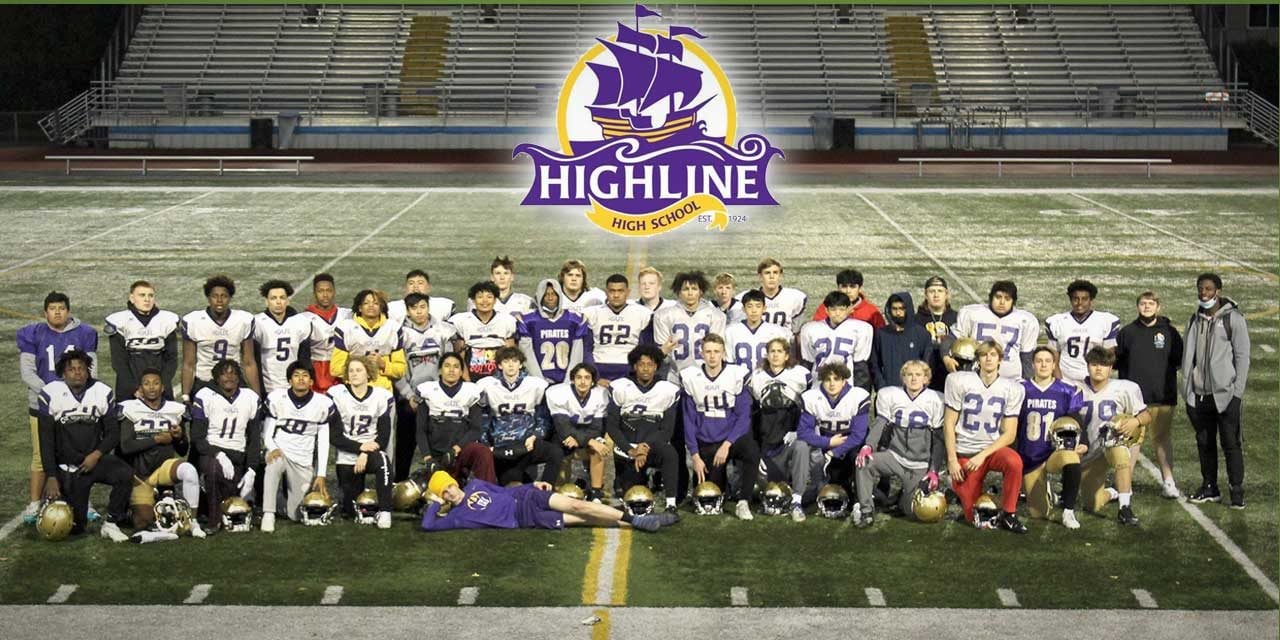 This game was part of the 2021 Football State Championships – 2A State Football tournament, and was held at Squalicum’s home field near Bellingham.

The Pirates won the 2A KingCo District with a final 2021 record of 8-3, going undefeated at 6-0 in their division.

This was a high-scoring team, averaging 39 points per game over 11 games, and nearly 51 in division games. But things didn’t always look so great – when Coach Deontae Cooper held his first players’ meeting, only five teenagers showed up, but he then lead the Pirates to its first state berth in the 2A tournament.

Freshman Quarterback Ronan Rasmussen threw for 323 passing yards and 4 TDs in the Pirates two post season games. Rasmussen had some great targets like Mykah Piper and Marquawn McCraney, as well as running backs Nat Clay and Maki Piper. Of course, football is a team sport and many others excelled to lead them to an outstanding season (see the full roster here).

“The program standard is set and expectation are clear moving forward,” Coach Deontae Cooper Tweeted. “Returning 17 starters next season and couldn’t be more excited for what’s to come.”

Congrats Pirates – we can’t wait to see what you do next year!

Tough loss for @HighlineFBall’s first ever state playoff appearance. The program standard is set and expectation are clear moving forward. Returning 17 starters next season and couldn’t be more excited for what’s to come. #GoPirates #GuardTheFamily #BuildTheShip