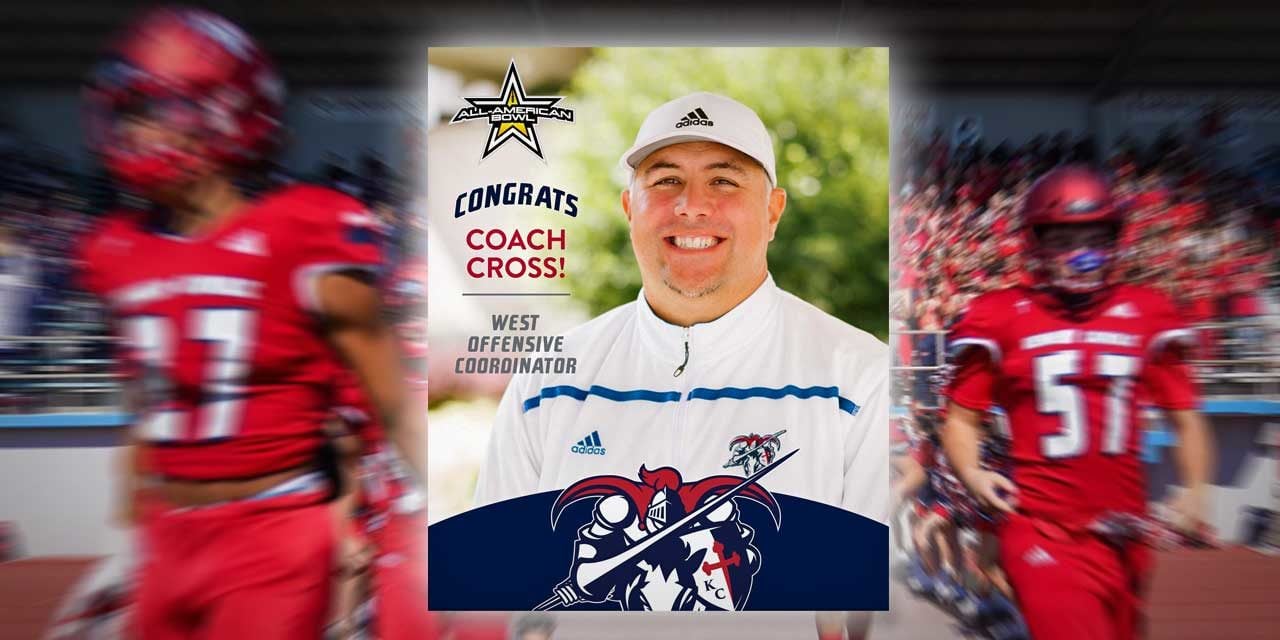 According to the All-American Bowl press release:

Originally from Tacoma, Coach Cross is entering his seventh year at Kennedy Catholic. Under Coach Cross’ guidance, the Lancer Football Program has become one of the strongest in the nation and a continual state contender. Having compiled 43 wins in his first six years, the Lancers have transformed into one of the most potent offenses in the country and have helped 27 graduates advance to play college football including three All-Americans: Sav’Ell Smalls, Jabez Tinae, and 2020/21 All American Bowl West quarterback, Sam Huard. In the last three seasons, Coach Cross has been named the NPSL 4A Coach of the Year each year, while the team won three straight NPSL 4A Championships. Cross also served as the head football coach at Interlake High School in Bellevue where he led his squad to back-to-back playoff appearances in 2008 and 2009. He was named Bellevue Reporter Coach of the Year in 2008 and 2009 and King County Coach of the Year in 2009. Cross led the Saints to two consecutive trips to the WIAA Football State Tournament, the first two for the school in 22 years.

Coach Cross is married to his wife Catherine, and they have two children, Wyatt and Stella.

Kennedy Catholic High School is an Archdiocesan, co-ed high school located in Burien, whose mission is to graduate leaders following Christ in a school community that is accessible, diverse, and committed to pursuing the full potential of every student.