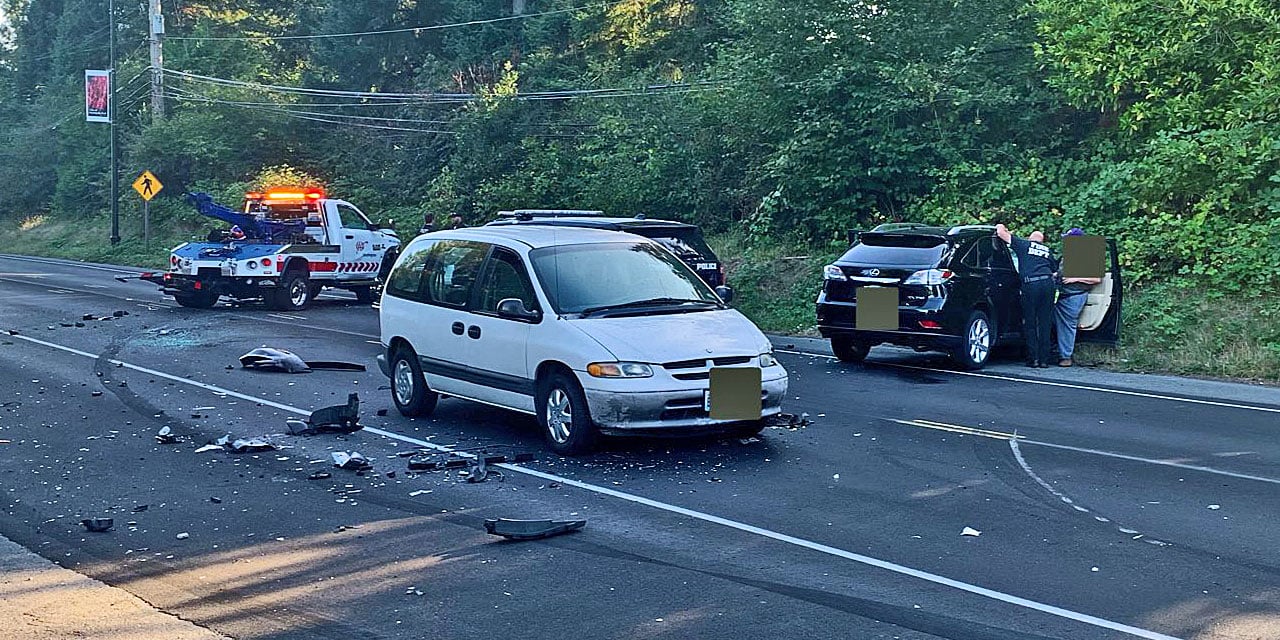 The King County Sheriff’s Office is reporting that a tow truck was carjacked in the 15700 block of Ambaum Blvd. SW near Azteca/Value Village (map below) Tuesday, Sept. 3, and the end result was a total mess and an arrest.

Police say that a suspect stole a tow truck with a vehicle attached to it, then rammed a KCSO Deputy after a pursuit that ended from the use of spike strips in the 19100 block of 1st Ave South near the Crimnal Justice Training Center.

The police officer was not injured.

The suspect was arrested, and the investigation is ongoing.

Just before 5:30 p.m. this afternoon, officers were dispatched to a man throwing rocks at businesses and cars for no reason, causing substantial property damage. When the officers arrived, the man ran from the police cars and stole an occupied tow truck, assaulting the driver. The officers attempted to block him in a parking lot and he used the tow truck to ram a police car. Other officers engaged in a pursuit of the stolen vehicle. He struck several other vehicles on Ambaum and 1st Ave S. Officers deployed spike devices to disable the vehicle by deflating the vehicle’s tires. The tow truck then collided with another vehicle and came to stop. The driver was taken into custody and will be booked into jail on multiple felony charges. Traffic will be impacted on Ambaum and 1st Avenue for the next several hours as we complete the investigation.

Carjacking Inv of a tow truck. This began at 15700 BLK Ambaum BLVD SW. Suspect stole tow truck with a vehicle in tow. Rammed a KCSO Det (he was not injured) after pursuit spike strips were used to disable tow truck At 19100 BLK 1 AVE S. Driver arrested. Investigation ongoing. pic.twitter.com/pq62yZ39hQ

Stolen tow truck and chase lead to a path of destruction in Burien.
Witnesses say the man came out of the Burien Wellness Center yelling and screaming about his bill before the chase began… https://t.co/chVh6jRjJK#KOMONews pic.twitter.com/H7UbNYWDwr

Caught on Camera: Police say a man carjacked a tow truck and slammed into an SUV with a baby in the backseat. At 5pm what led to yesterday’s rampage in Burien and what we know about the suspect. @KIRO7Seattle pic.twitter.com/sWCayMNvRT

Deputies say a man stole this tow truck in Burien and led them on a chase — ramming a detective and hitting several cars until deputy threw spikes, ending chase. Suspect arrested. @KIRO7Seattle pic.twitter.com/RBHy4I5T7J