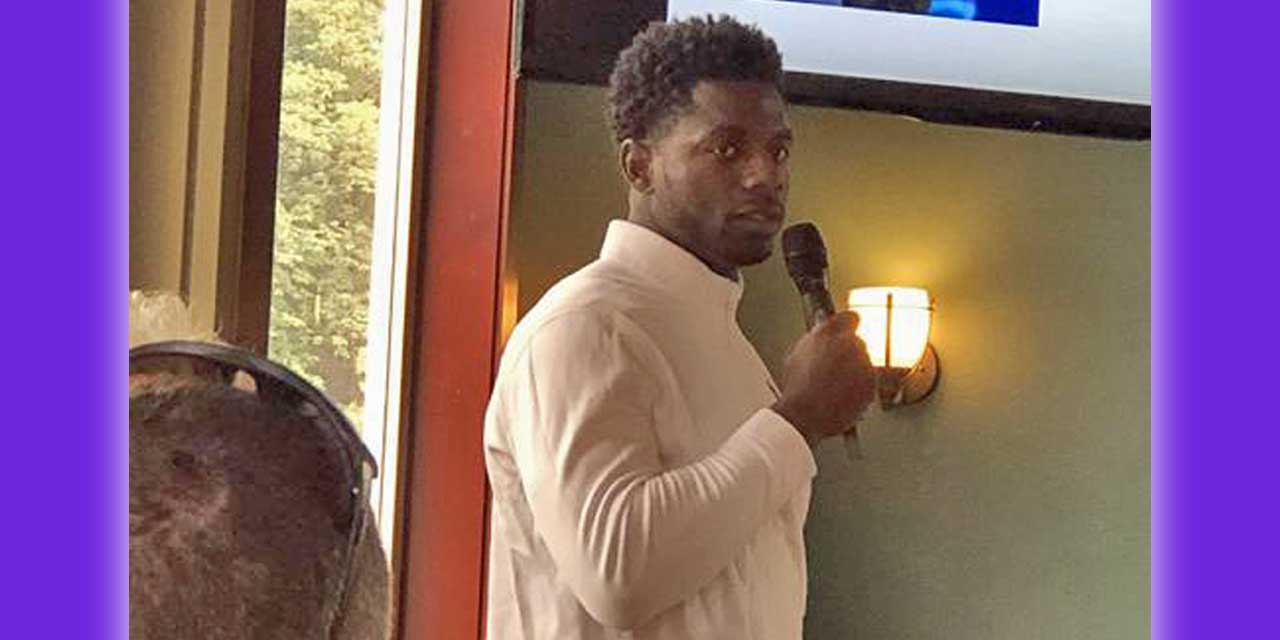 The HHSAF tournament is normally held every year on the 3rd Friday in August, with all proceeds going towards scholarships for Highline seniors. This year’s tournament raised over $11,000 and was attended by 150 players and guests. Last year, the HHSAF provided 23 scholarships valued at $67,000. Since 1995 the HHSAF has issued 341 scholarships totaling $618,000.

ABOUT DEONTAE COOPER
Coach Deontae Cooper was recruited by Coach Steve Sarkisian at the University of Washington in 2010. At Citrus HS in California Deontae gained nearly 7,500 yards with 107 TD’s. He was rated as one of the 10 best running backs in the nation. During his freshman year Deontae tore his ACL and missed the entire season due to surgery and rehabilitation. Unfortunately, Deontae returned to the field only to re-injure his ACL again in 2011 and once more in 2012. Starting in 2013 Deontae played multiple years for the Dawgs and recorded 163 yards against Oregon State in one game, averaging nearly 16 yards per carry. After Coach Sarkisian departed to become head coach for USC, Deontae transferred to San Jose State for his final year and then went on to the Oakland Raiders training camp as a free agent. Deontae was an assistant coach for Bellevue HS prior to coming to Highline.

During Deontae’s career at the UW, he was elected as a team captain and was awarded the prestigious Guy Flaherty Most Inspirational Award in recognition for the impact he had upon his teammates and others in the community. A UW teammate commented that “Deontae set a real high bar for having a don’t quit, believe in yourself, kind of mentality.”

“During his perpetual rehabilitation, strangers wrote him supportive letters and posted appreciative messages on his Facebook page. Deontae gave talks to High School classes about not giving up. He found solace and service in that, in being an Inspirational Story for others.”

“I will truly miss Deontae. I watched his first spring training years ago and remarked that he was so quick and so smooth, I envisioned great things from him. And we did get great things from Deontae. He epitomized the concepts of hard work, dedication, and inspiration. Good luck to him. To me, he is a Husky legend.”

Deontae wants to build a new culture of community and student support with improved academics. His goal is to develop outstanding students and model players leveraging a proactive football booster network. Deontae was an assistant coach at Bellevue and experienced the benefits of having strong community support. Deontae has also collected an incredible new staff of assistants that played college football for the UW and other college programs. He sees this as an important strategy to help mentor and motivate his players. Deontae desires to work with the HS counselors to increase academic proficiency and to develop a safe and positive place for kids to meet, develop, and work together. The team is currently raising funds to provide sports drinks and other essentials for the players team room. Coach Cooper mentioned that many of the great athletes in the Highline school district have shown a tendency to leave and attend other schools that are more competitive and have increased resources. Coach Cooper wants to build a strong alliance of community leaders and boosters to help him increase player retention and build a long- term sustainable competitive model.

HOW YOU CAN HELP
To help coach Cooper accomplish his vision you can join the Highline High School Pirate Booster Club. For more information, please contact Jessica Kido at [email protected], or 206-250-9891.

Coach Cooper plans to distribute a newsletter every few months to outline his goals, and provide an assessment on the academic, financial, and player development progress of his team. Coach Cooper mentioned that given the current condition of the Highline football program it may take some time to achieve his overall vision, but he is fully personally invested for the long term. Judging by Deontae’s prior life achievements involving leadership, motivation, inspiration, and overcoming adversity, the Pirate program could not ask for a more qualified leader, coach, and mentor.

“Please help Deontae by volunteering to support these kids and your local high school!”