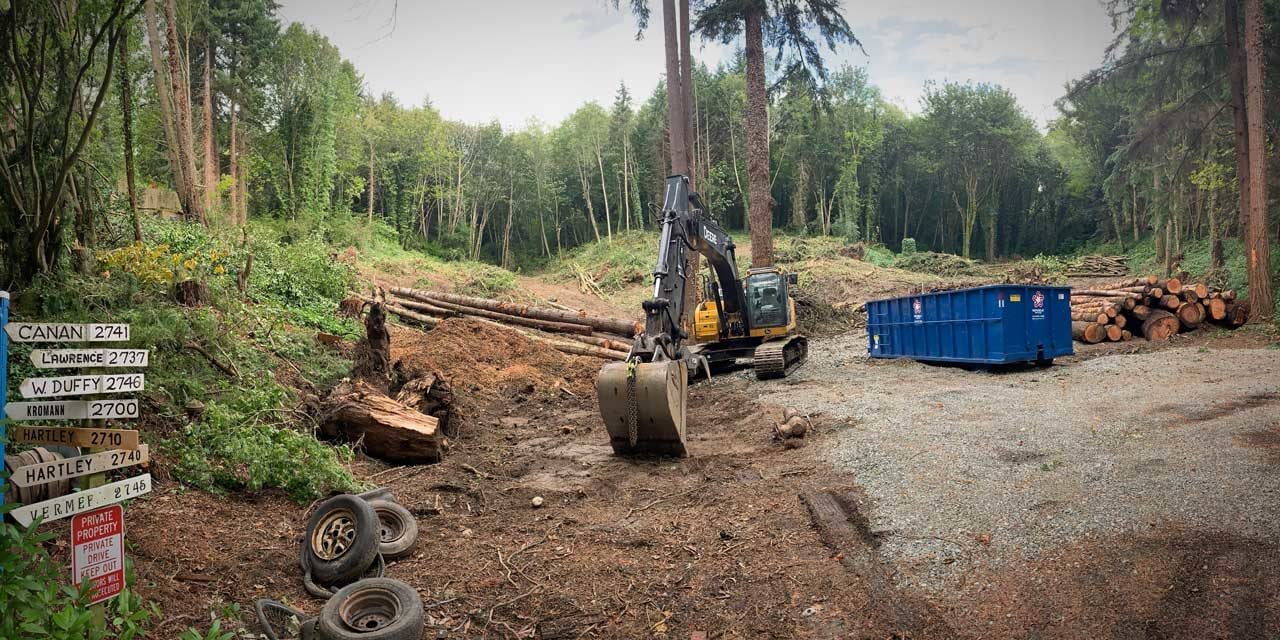 A large, historically significant, tree-filled wooded lot located in the 2700 block of SW 156th Street near Maplewild SW/Three Tree Point in Burien has recently been dramatically clear-cut for a single family dwelling, causing some concern amongst neighbors. 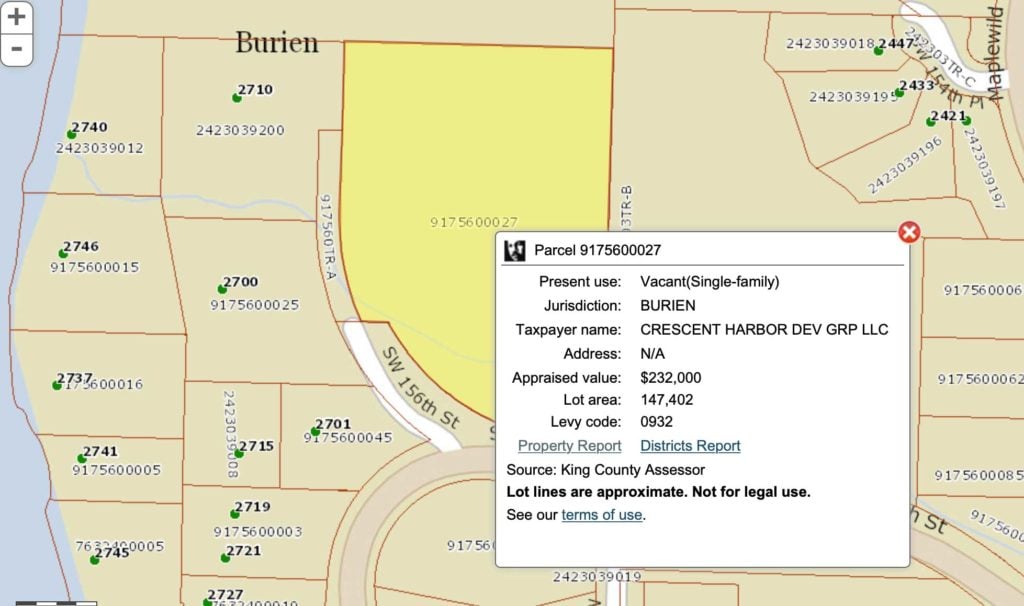 Neighbor Mary Canan is very concerned about the environmental impact of this development.

“This picture (below) is of yesteryears, including the Pileated Woodpecker on a flower cherry tree enjoying the lush forest area,” Canan told The B-Town Blog. “Many firs over 100-years old lived here two months ago, along with various other magnificent trees and a wide variety of wildlife including birds of all kinds such as owls and woodpeckers, red foxes, opossums, rabbits, raccoons, otters, and coyotes. I’m sure this list goes on this is just the wildlife and birds that I have seen.” 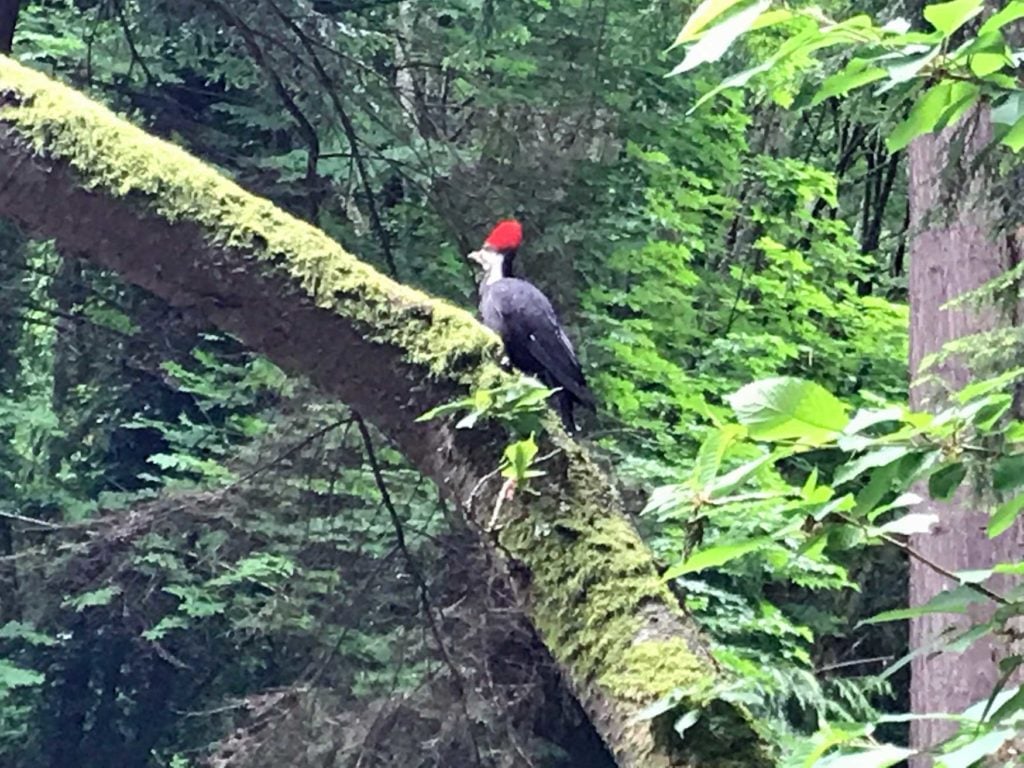 Canan says that the photos below show the exact same location taken on Wednesday, Sept. 30, 2020: 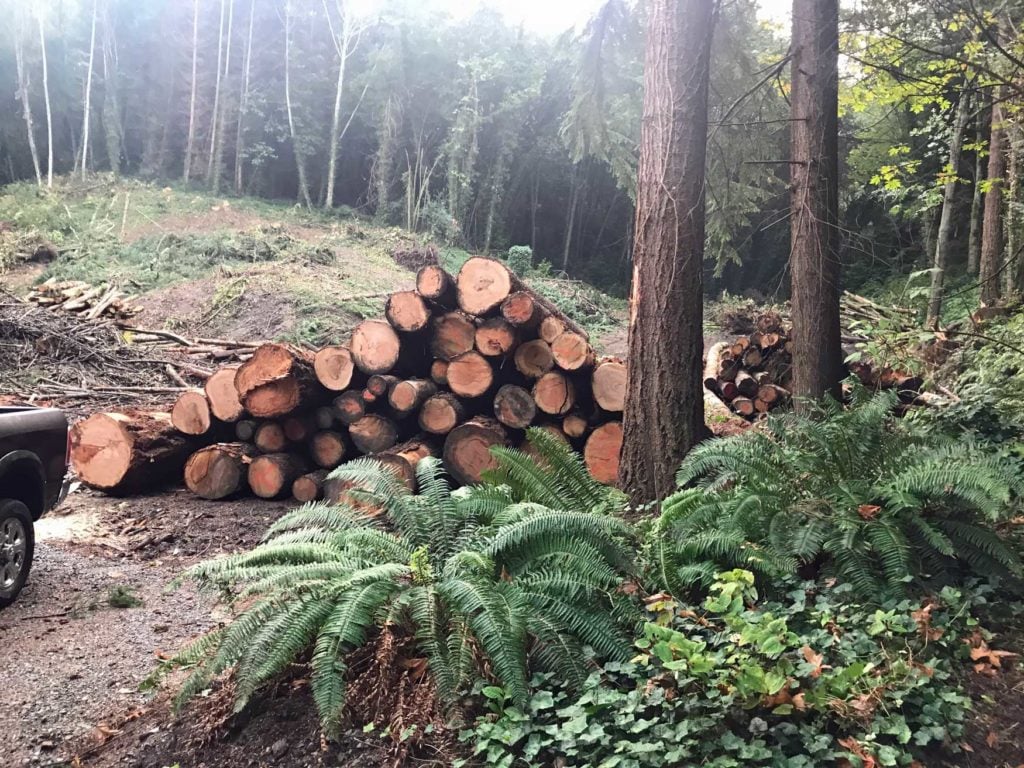 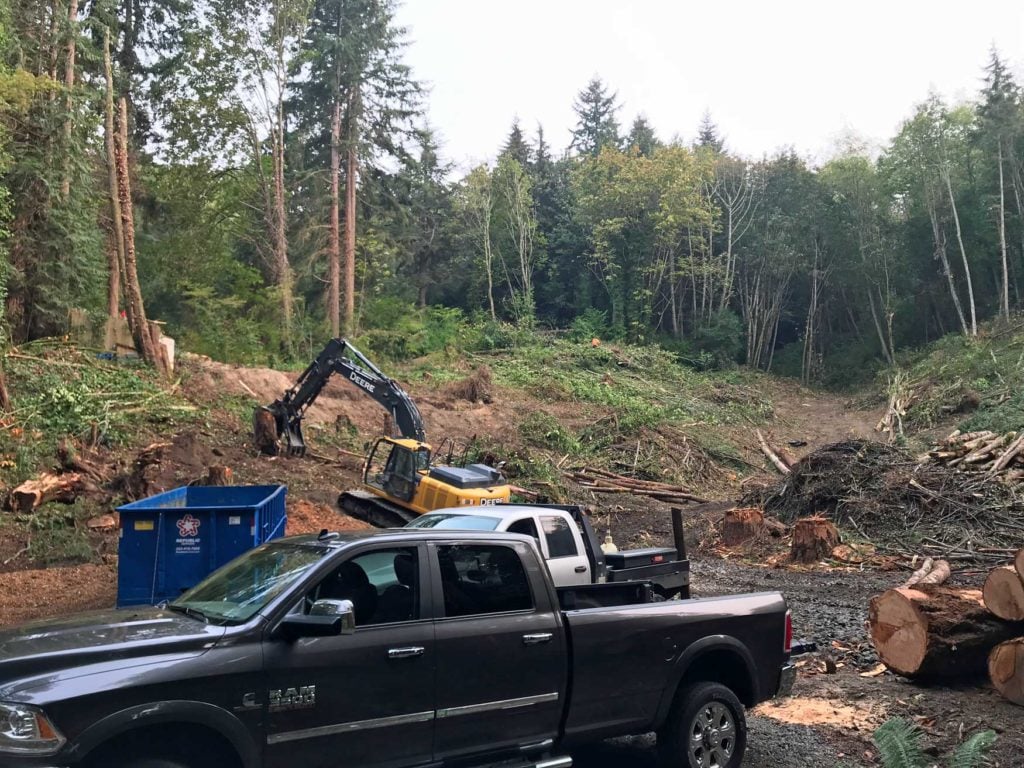 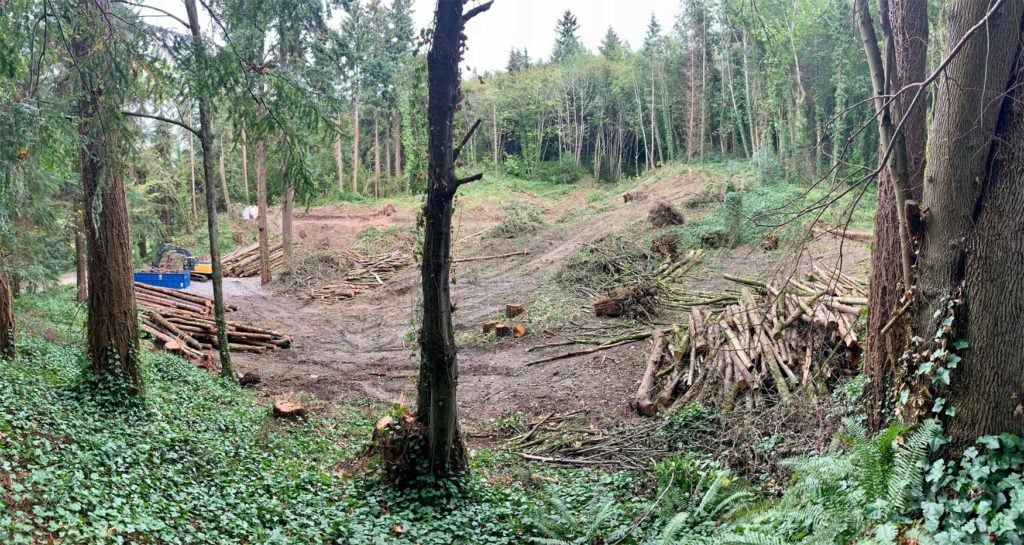 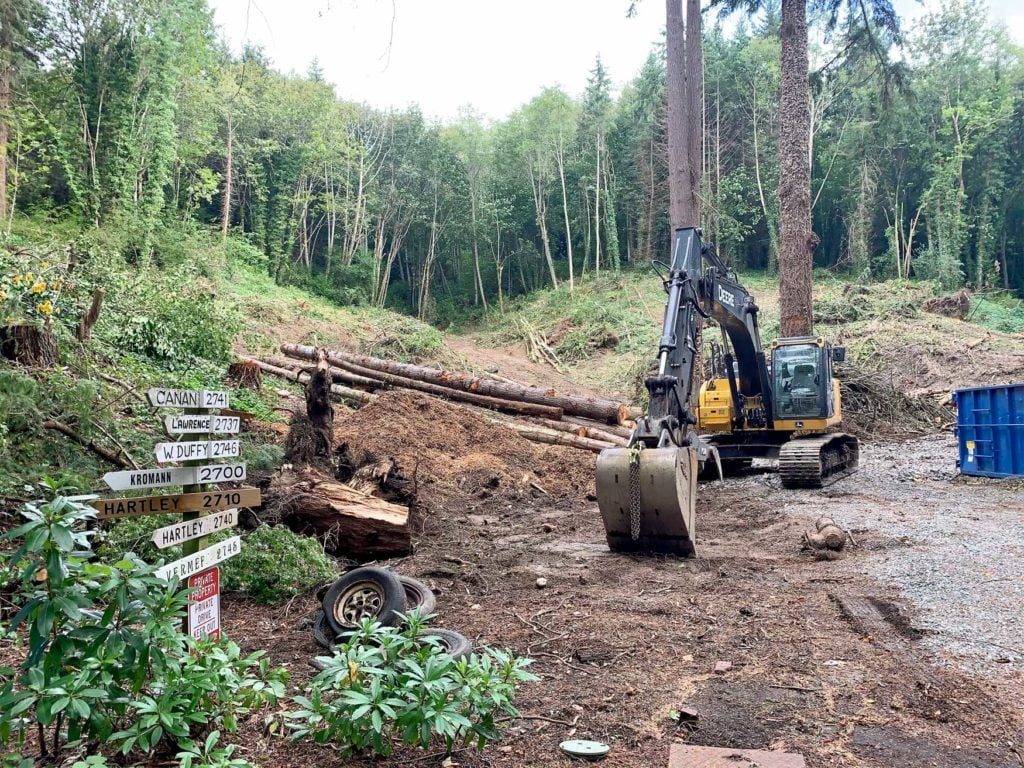 “What’s wrong with this picture? The Burien City officials including the permit department see nothing wrong with it,” Canan said. “In fact it is within their guidelines and permit approval process to have OVER 100 trees of which many are over 100 years old, in a wet bog area cut down to make room for ONE SINGLE FAMILY DWELLING.”

When contacted by The B-Town Blog, the city defended its decision, adding that the tract to the east is “subject to a critical area protected easement where no development or tree removal will occur in perpetuity, a wetland to the north of the clearing will be protected with a 50-foot buffer where no disturbance of soils or vegetation may occur, and a vegetation management plan is on file, specifying that numerous trees will be replanted.”

But Canan is still upset.

“My response to the employee who informed me the city is monitoring this site and it is all within the approved permit was: REALLY – THEN SHAME ON YOU,” Canan said. “I personally haven’t seen a city car at this site.”

The city adds that the property received initial land use approval in 2019, and building permits were issued in 2020, and that “city staff has visited the site in the past week on at least two occasions.”

“I realize I’m not ready to give up the past, but at what cost? Our City officials are ready to just toss it all away,” Canan adds. “The trees took in an enormous amount of water which will now drain down the slope onto other homes and properties. I hope there are other citizens in our city that feel as I do and care greatly in preserving our environment for the future.”