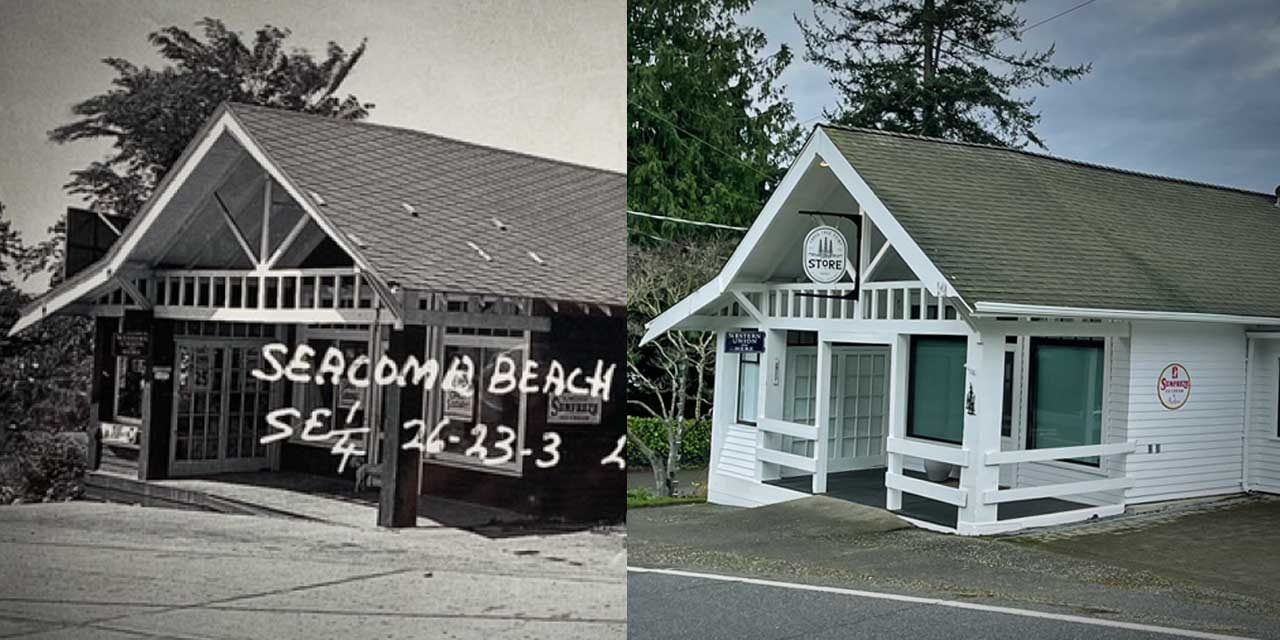 This means that small, historic old storefronts in residential areas – like the Three Tree Point Store, which has been a residential home since the 1990s – would be allowed to reopen in limited capacities.

The ordinance (download agenda packet PDF here; Ordinance No. 752 is on p. 101), which was presented at the meeting by Community Development Director Susan McLain, applies to:

“Small retail uses in residential zones that can be documented to be in existence prior to 1950 and where essential historic features of the storefront – such as entrance, windows, cladding, and other architectural features – remain or can be restored consistent with the design and function of the building prior to 1950.”

The Three Tree Point Store – which first opened in 1903 and was the first grocery in Burien – has been carefully restored by new owner Todd Manola to its previous iconic style, including new signage, interior renovations, paint and more.

Manola bought the old store in Nov., 2019, then got busy renovating the hardwood floors, extensive painting, and restoring the signage. Manola confirms that the old cash register, scale, and meat slicer are preserved and still on the premises.

The new store might open by June/Summer 2021, pending permitting and any COVID-19 restrictions.

Allowances for increasing the number of employees allowed to four, as well as food preparation on site were brought up by councilmembers Nancy Tosta and Cydney Moore, and those revisions were added to the ordinance, which was approved to the consent agenda unanimously.

“While these businesses were legal under past codes, current residential zoning prohibits new or re-established retail uses,” the agenda item says. “The provisions would enable productive use of structures that are part of Burien’s historic fabric to operate in a manner that is roughly consistent with home occupancy businesses.” 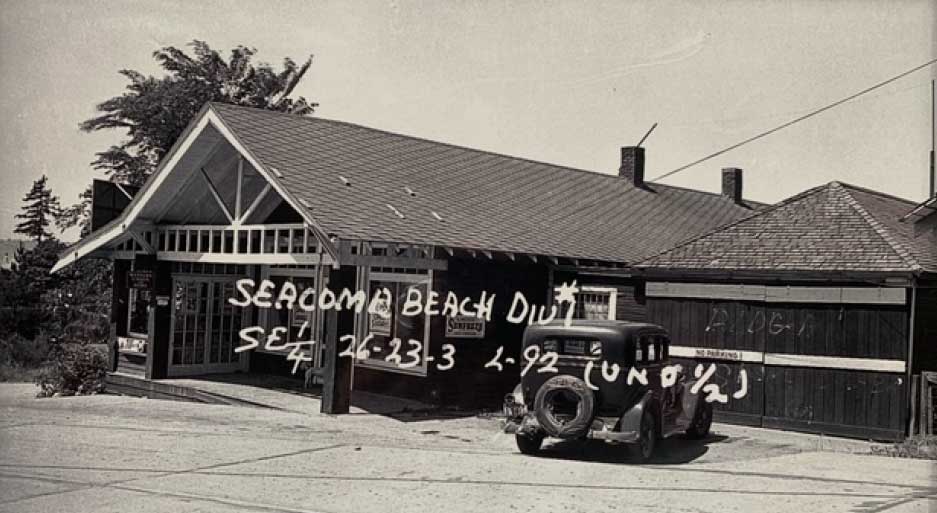 The iconic Three Tree Point store opened in 1903, well before the first road from Lake Burien to the point was constructed around 1915. Prior to the road, the only access for the Three Tree Point residents was by steamboat service, which began in the mid-1880s.

This store was the first grocery in Burien, to the current owner’s knowledge. The original owners carried dry goods and grew vegetables to sell. In the early years, it was owned by Howard Mansfield, who in the 1920s also opened a grocery store in Boulevard Park. In the 1930s it was owned by Myrtle Hutcheson and Gertrude Shields. A letter from a member of the Conrad family, who lived there from 1939-1951, described it as a general store.

In the 1950s it became a butcher shop; one of the first electric deli meat slicers in the area remains on the premises. In 1958, Douglas H. Granberg was the owner, and in 1972, it was Clara Granberg. That same year the store was sold to William Sparks.

Other historical items remain at the property, including the original scale and cash register, gently cared for over the years by the many owners. At various times, the building has served as a lending library, a dive shop, and a coffee shop. Toni McCaffray, in the 1990s, was the last person to operate a retail business there.

The store had been an allowed nonconforming use in a residential zone. One year after Ms. McCaffray closed her business, the possible uses for the property reverted to those listed for the single-family zones, per the Burien Zoning Code. The current owner of the property hopes to restore the neighborhood storefront as a legal use under the revised Zoning Code.

The current owners’ family moved to Three Tree Point in 1941, and now include fourth generation residents. When the current owner was a child, the store sold ice cream, small gifts, and candy. The new owners say they want to bring the store back to the neighborhood as they feel it is needed for the community, including people passing by on walks or visiting the nearby beach. 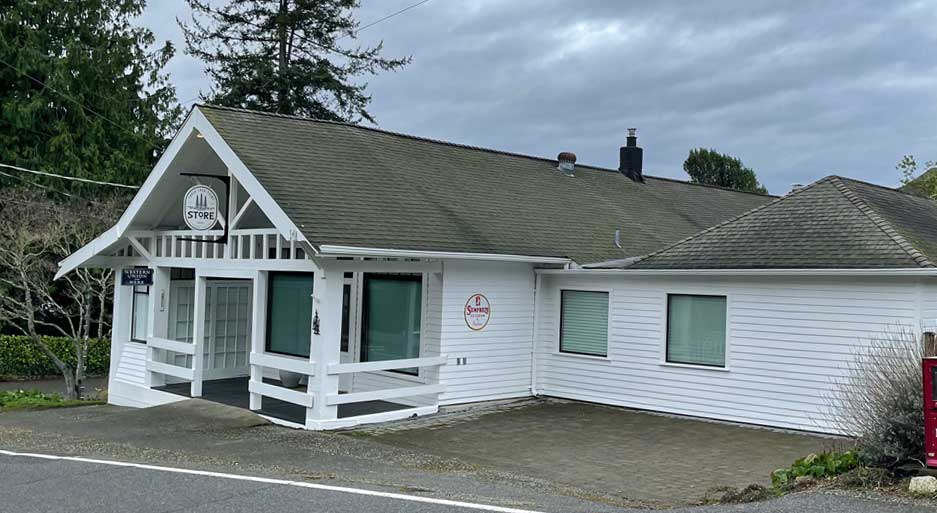 CITY SEEKING OTHER LEGACY STOREFRONTS
The City of Burien says it would love to hear from the public about any historic storefront that is located on land that is currently zoned for residential use. If you know of any, please email [email protected].