EDITOR’S NOTE: This post has been updated to reflect that the motorcyclist *was wearing a USDOT compliant helmet*; originally it was reported that he was not.

The Washington State Patrol says that a motorcyclist traveling southbound on SR 509 lost control at around 7:20 a.m., struck a right side guardrail and came to rest on the right side.

The driver, who Troopers say was wearing a USDOT-compliant helmet, was ejected and killed.

The Washington State Patrol identified the victim as Allen S. Sutton, 26, of Bellingham.

Troopers said the crash was caused by “driving too fast for conditions.”

No other vehicles were involved.

Two lanes of the freeway were closed for two hours.

Here are two pictures from the motorcycle fatality collision. WSP is investigating the cause of the crash at this time. Please avoid the area, and drive safely this morning. pic.twitter.com/QKRg6SeQHw 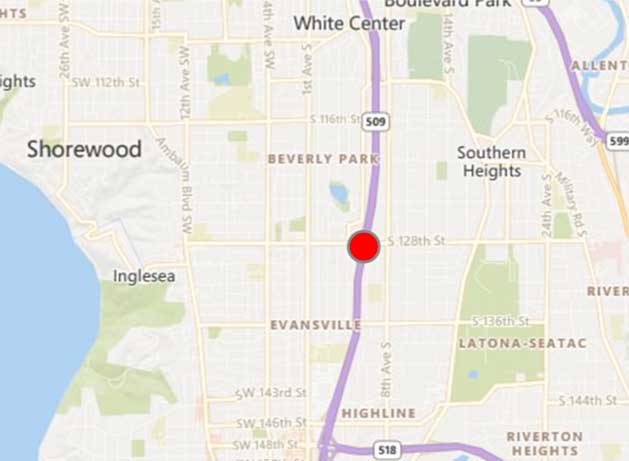