Burien Police share case about being ‘Too young to drink. Too impaired to drive’

Burien Police / King County Sheriff’s Office have a warning about being ‘Too young to drink. Too impaired to drive’:

Around 6:00 p.m. last Thursday evening (July 15, 2021), King County deputies responded to the 400 block of SW 136th Street in Burien after a woman called 911 to report the driver of this Toyota van struck a fence then fled the scene. 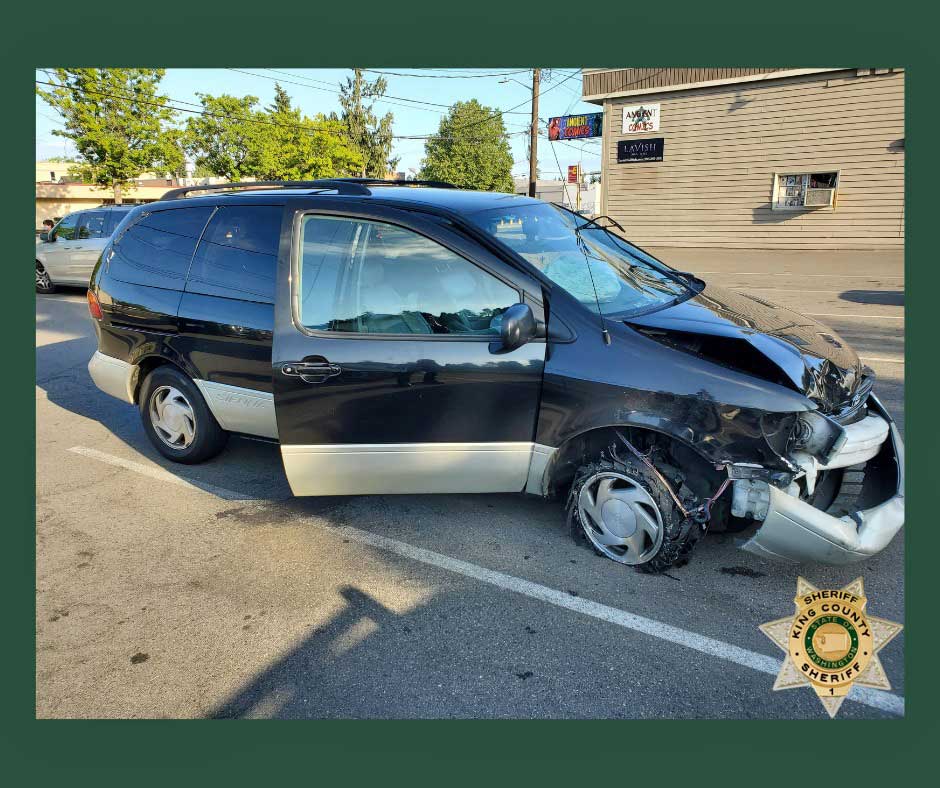 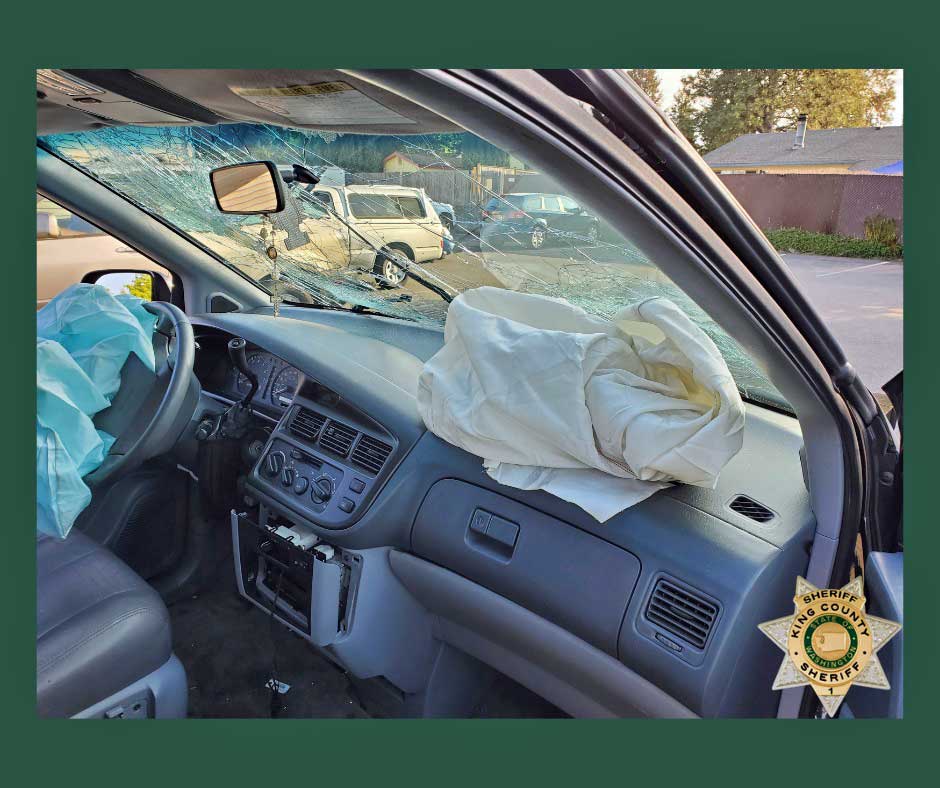 Despite the extensive damage to the vehicle, and airbag deployment, the driver somehow drove another two blocks before stopping.

Deputies detained the 17-year-old driver moments after they arrived, after witnesses confirmed seeing him behind the wheel. There was an odor of alcohol on his breath. An interview with the young suspect’s family confirmed he did not have his parent’s permission to drive their Toyota.

Washington state law sets a much stricter standard for alcohol impairment for minors vs. adults. Unlike the 0.08 limit for adults, any persons under 21-years of age are held to the lower, 0.02 threshold. Results in this case are pending with additional charges, including hit and run, possible.

Let this collision spark a conversation. Remind young drivers that our laws set a strict standard to keep them and their communities safe. Impairment begins with the first sip and becomes even greater if marijuana or other drugs are consumed.