“Native Gardens,” Burien Actors Theatre’s latest production, opens as the lights come up on a lovely, outdoor scene. Two backyards, one perfectly manicured, and one needing a little care but gifted with a massive oak tree, fill the stage. Two couples, each standing in their respective backyard, alternately deliver opening dialogue, and set the stage for the witty whirlwind of comedy-laced, yet poignant, storytelling.

Filled with preconceived notions, stereotypes, and good intentions, “Native Gardens”, written by Karen Zacarias, delves into the joys and challenges of being neighbors. Frank (John Murray) is an avid gardener, with passion and emotional necessity. His garden is his retired life. His wife, Virginia, (Connie Murray) a defense contractor working her way through a man’s world, supports Frank’s passion. Frank and Virginia, an older couple who have lived in the neighborhood for a long time, welcome their new neighbors, Pablo and Tania Del Valle, with open arms. Pablo, (Jesse Calixto) is a young, up-and-coming attorney who is joining a law firm in town. Tania (Ashley Salazar), his wife, is a very pregnant doctoral candidate studying anthropology.

“Native Gardens” deals with the challenges that often accompany people in new situations whose backgrounds are so different. Virginia and Frank are an older white couple. They are open-minded, welcoming their new neighbors, but they assume that they are Mexican. The reality is that Pablo is Chilean and Tania is American. The intentions are good, however, and the education begins with the second meeting.

Humor, including a string of wonderful puns, plays a vital role as the audience experiences many layers of messaging, role reversals, characters processing deep emotions, past experiences, expectations, societal triggers, etc. If it weren’t for Zacarias’ use of humor, “Native Gardens” would be a heavy play. Although the play wraps up a bit quickly at the end, we are allowed to travel through the trials and tribulations over a misplaced property line with just the right amount of delight and challenge.

To add to the pleasure of the play, the actors are all really good. Each couple has great energy together, playing believably off of the other. The quality of acting, and presence on stage is satisfying. Calixto and Salazar leave an authentic impression that they are struggling with their new situation, coming to terms with their own emotions while trying to navigate the validity of their neighbors reaction to the property line conflict. We watch the descent as neighbors transition from friend into the ‘other’ as soon as the conflict arises.

Both Connie and John Murray translate Zacarias’ writing with deftness. We can experience and have empathy for the dichotomy of emotion within them. The indignation, and the hope for resolution.

Rochelle Flynn and Maggie Lerrick direct this lovely production. They make a good team. The character’s movements are seamless and support the actors in their efforts at authentic interpretation of the situation. It is easy to imagine such a scenario happening right next door.

After so many decades, even centuries, of coexisting as human beings, we are still trying to make it work. In this theatrical microcosm, Zacarias creates, and the cast brings to reality, a very palatable portion of thoughtful,and ultimately uplifting, entertainment. We should be so lucky. TICKETS & $5 OFF COUPON
Ticket prices range from $7 to $25. Student tickets are $10. Enjoy opening weekend deals: Tickets on opening night, Sept. 27, include free admission to the opening night party. Only on Saturday, Sept. 28, which is BAT’s Lucky 13 Saturday, all tickets are just $13. Only on Sunday, Sept. 29, which is BAT’s Seven Buck Sunday, admission is just $7.

And don’t forget to print the Coupon below to save $5 off:

For tickets, special deals or other information, visit www.burienactorstheatre.org or call 206-242-5180.

SCHEDULE
Performances of this play continue through Oct. 20: 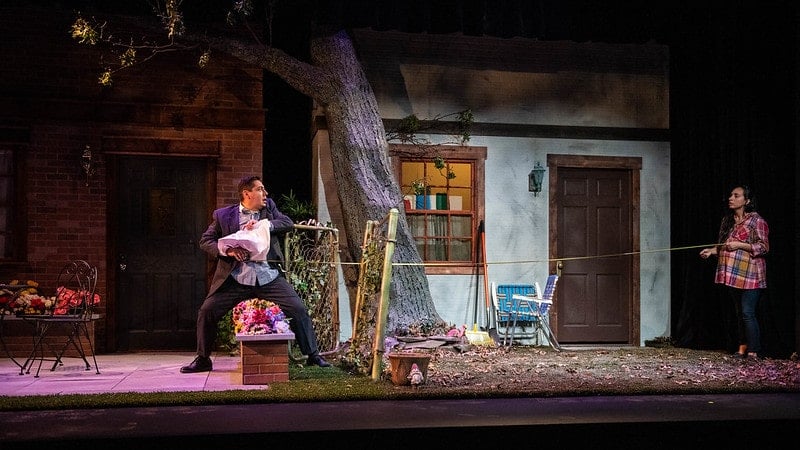