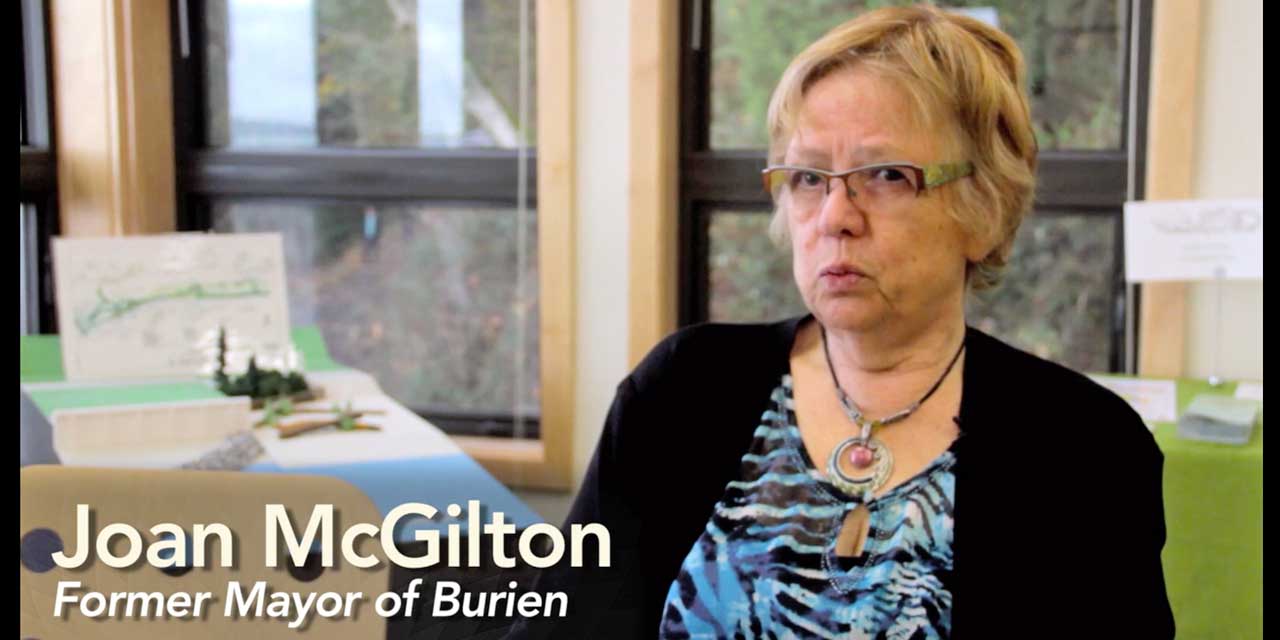 All are invited to the unveiling of a rock memorial dedicated to former Mayor Joan McGilton for her unwavering commitment to restoring Seahurst Park.

McGilton passed away in July, 2017. She served for 12 years as a Burien City Councilmember, Deputy Mayor, and Mayor, as well as on the King County Regional Transit Committee, the King County Solid Waste Advisory Committee, and the Governor’s Puget Sound Action Team.

The rock memorial will be unveiled at 3 p.m. A short program and refreshments will follow.

Mayor McGilton was involved in every aspect of turning a neglected county park into the gem it is today. She played a major role in removing the seawall at Seahurst Park to restore it to its natural state. Home to the Environmental Science Center, another of Mayor McGilton’s passions, this beach welcomes toddlers through senior citizens to participate in hands-on beach environmental education. This is the outdoor classroom of her vision.

More information about this project, including an interview with Mayor McGilton, is available in the documentary Local Treasure: