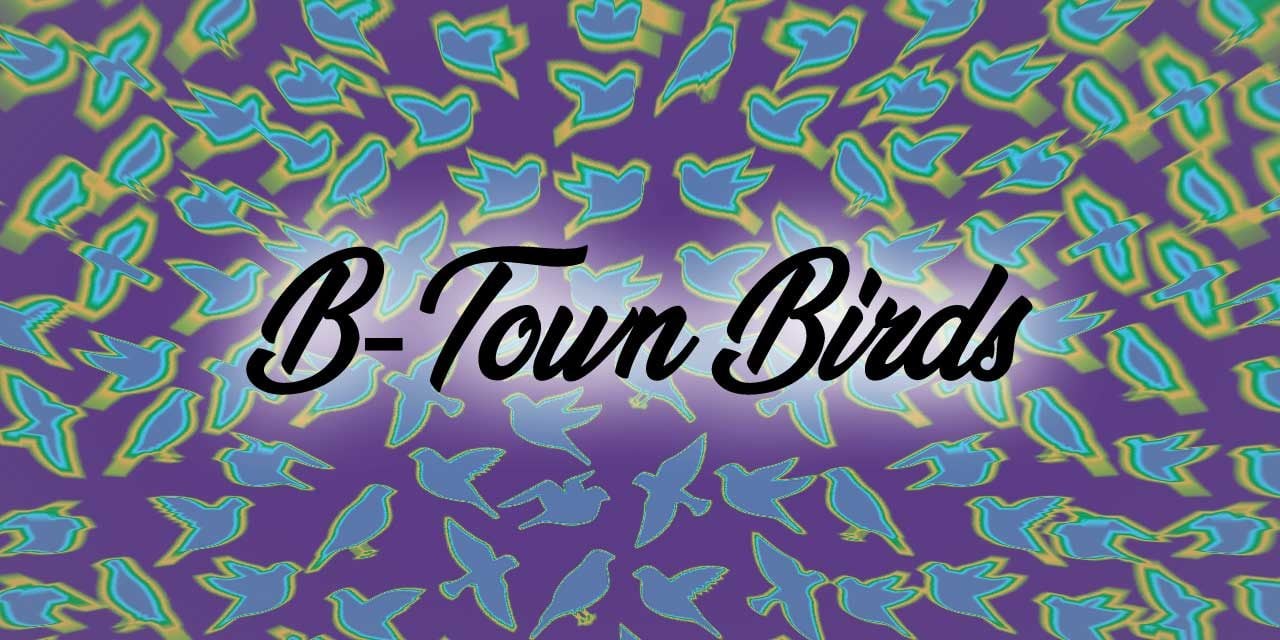 EDITOR’S NOTE: Every Tuesday, columnist Neil Ball shares photos and profiles of local birds that he’s seen, studied and photographed in our area.

The American Robin is one of the main stays of any grassy area in the United States. They are so well known that you really don’t need an introduction. You can find them in the bayous of Louisiana to the slopes of Mount Rainier. These birds are everywhere, especially at this time of the year.

In our area, the American Robin has two to three broods a year with three to five chicks per clutch. The Robin nesting under our deck is on her second batch of three, which is the same number of chicks per brood as last year. The female, after building her nest, will lay her eggs. She patiently incubates the eggs for two weeks until they hatch. The chicks take only two weeks from being a featherless, sightless chick to one that will leave the coop. Mom and Dad will still tend to the fledged chicks for another two weeks until they are on their own. Once Mom and Dad experience the empty nest, they set their sights on the next brood. There is no rest for these prolific parents however. But that is good, because it is estimated that only 25% of the chicks survive the first year, and although the life expectancy of a Robin is up to 14 years, the average is only 2 years. It is quite the statistical curve.

What the Robin eats, or at least how they find it, has been a constant source of discussion in the bird world. When they search your lawn for food, they will tilt their head to one side. The question is are they looking (their eye is on the side of their head) or listening (duh, so is their ear)? Most scientists believe they are using their eyesight to spot the movement of an earthworm on the surface. Being able to localize an earthworm with a single ear would be much more difficult, so I lean towards the seeing rather than hearing. The seeing is much more apparent when the rascals get into your blueberries. Being able to vary their diet (40% worm like things, 60% your favorite berries) is one of the things that helps them stay in our area year-round.

And what about their song? Well, the Robin has a varied song book. They are excellent indicators of predators in the area with their alarm calls, or their addition to the morning song, or their evening song. They are not a quiet bird. There is even a book written to describe what the Robin says and just what (the author thinks) it means.

The next time you see an American Robin in your yard or park, think of it as a doting parent, sharp-eyed hunter, blueberry thief, and lookout that is the state bird in three states.

The pictures are of an adult female (they are a little duller than the males) and a juvenile that is in the “feed me” stage. 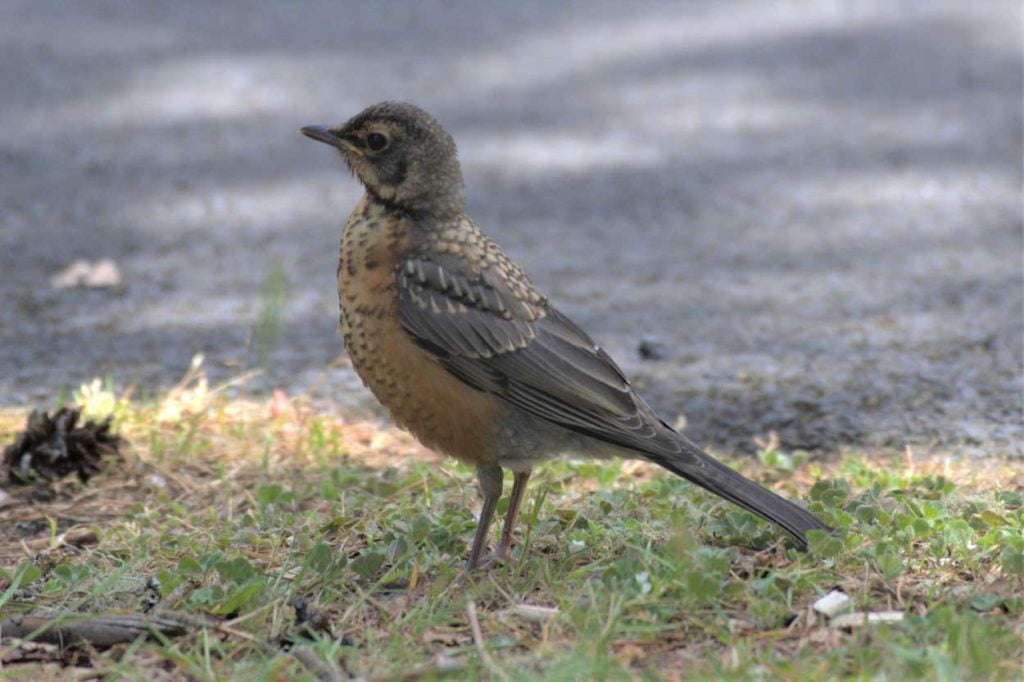