Highline Bears announce they are rebranding, holding a ‘Name the Team’ contest On Tuesday morning, June 22, 2021, the Highline Bears summer collegiate baseball team announced that they will be rebranding and renaming the team, using the communities’ help.

As we previously reported, the summer team – which hosts games at Mel Olson Stadium inside of King County’s Steve Cox Memorial Park in White Center – just recently announced the “retirement” of their mascot Buntly the Bear.

“Buntly has been the heart and soul of this team since day one. Replacing him with just another bear didn’t seem like the right thing to do,” General Manager Justin Moser explained in a video released this morning:

The Bears will be holding a “Name the Team” contest where community members may submit their name ideas along with an explanation of why the name embodies the community and greater Pacific Northwest. Submission are being accepted online at RenameOurTeam.com and as part of the contest 2 lucky fans will be awarded lifetime tickets to games in the future. After they have received and sorted all the submissions they will narrow it down to some top choices and run an online vote for the community.

The team is looking for “A name that’s original, that’s fun, crazy, and embodies our community and the great Pacific Northwest” Moser added.

The Highline Bears launched the team in 2015 and have steadily grown a following in the greater West Seattle area. The team is a summer collegiate team where players from colleges around the country come to hone their skills during the summer months. Players stay will host families or bunk with local players that are on the team, while playing a rigorous game schedule.

While the baseball is always competitive the Bears games are beloved for their affordability for families, fun promotions and intimate atmosphere.

“Everything else that you love about coming out to the ballpark is going to remain the same” Moser said. “We’re going to have a ton of fun, we’re going to put on a great show, and you’re going to watch some amazing baseball. But before we can do that we need your help.”

To enter in the “Name the Team” contest participants should go to RenameOurTeam.com and submit their nominations. There are no limits on the amount of entries per person and the contest runs through July 4, 2021 at 9 a.m. PST.

For more information on the Highline Bears visit www.HighlineBears.com. 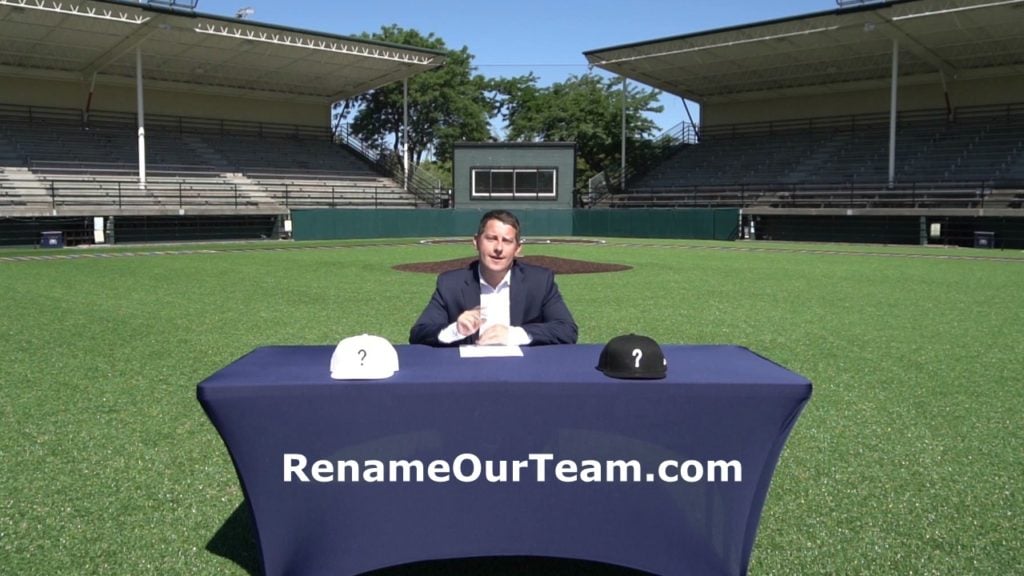