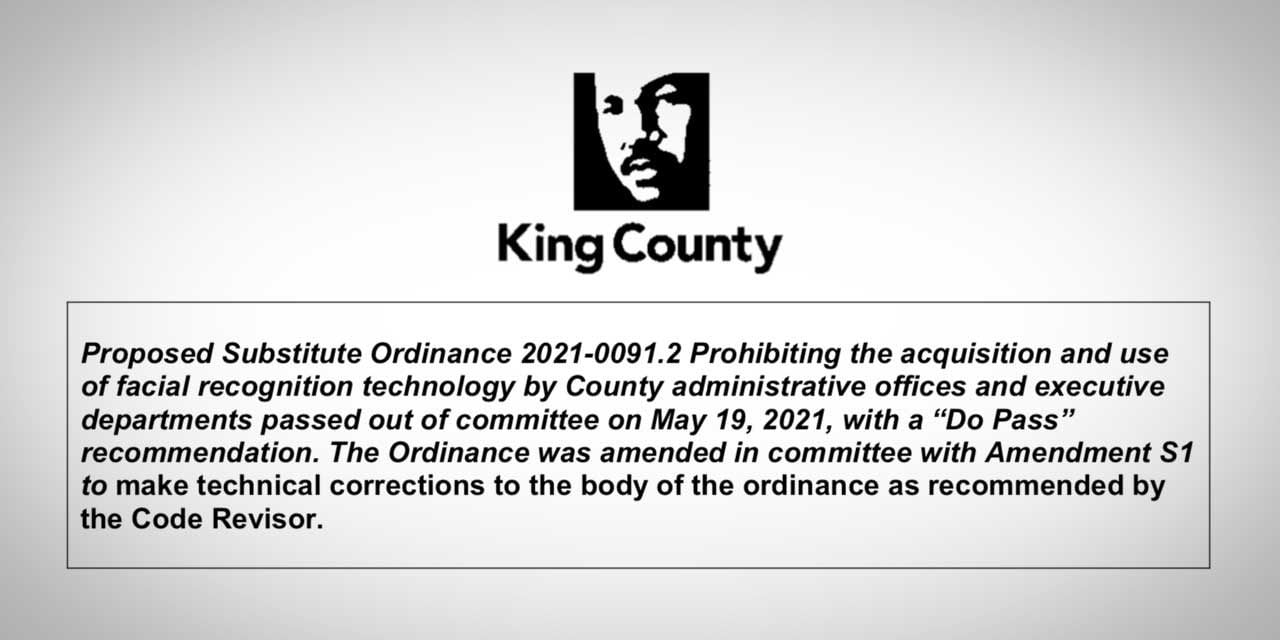 A groundbreaking proposal to ban government use of facial recognition software was passed by the King County Council on Tuesday, June 1, 2021.

King County, home to 2.3 million people in and around Seattle, becomes the first county and one of the largest jurisdictions in the United States to pass such a ban.

The legislation – prime sponsored by Councilmember Jeanne Kohl-Welles – aims to protect residents’ civil liberties and freedom from government surveillance and demographic biases by prohibiting the use of such software, including by the King County Sheriff, except to comply with the National Child Search Assistance Act.

“The use of this technology is invasive, intrusive, racially biased and full of risks to fundamental civil liberties,” said Councilmember Dave Upthegrove. “I am proud to sponsor this ban which is supported by local community groups, public defenders, immigrants’ rights advocates, racial justice organizations, workers’ rights groups, privacy advocates, and technologists.”

A staff report with complete background information and details is available here.