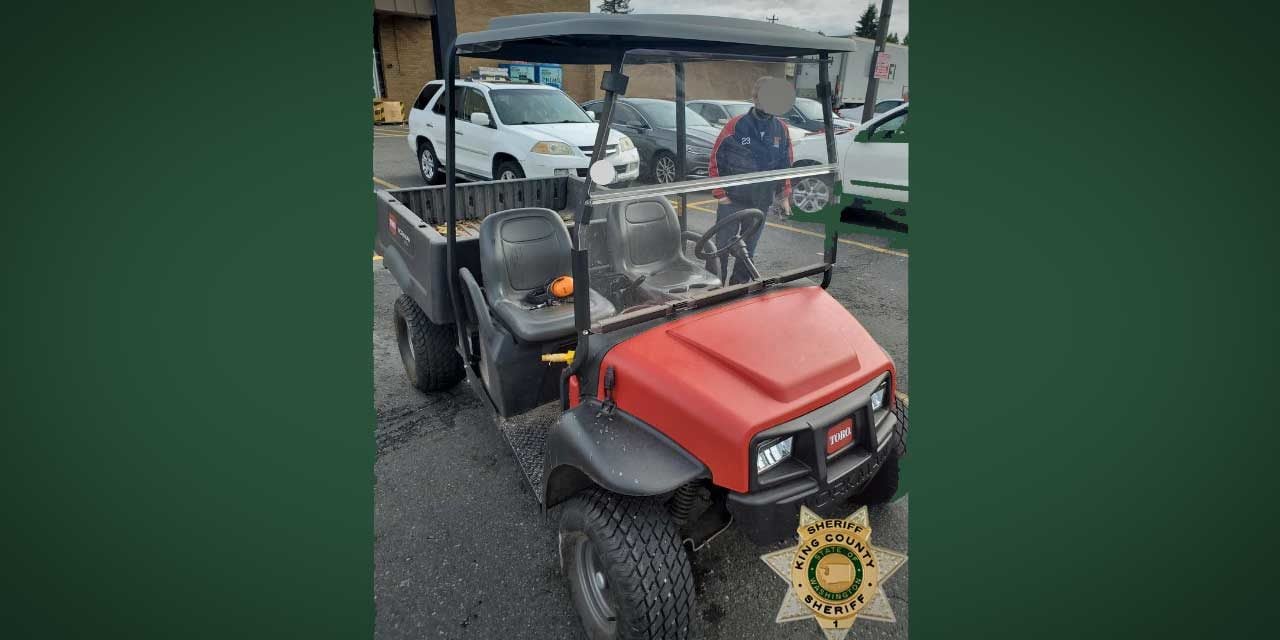 It was an epic slow speed chase…and we mean slooowwww…like 15 mph.

On the morning of Thursday, Oct. 14, 2021, King County Sheriff’s Office deputies in Burien responded to the 100 block of S. 140th Street (map below) after a suspect stole this idling Workman utility truck as maintenance professionals worked at a nearby business. Nearly four hours later, these same employees spotted the utility truck at a nearby Fred Meyer. Deputies responded, located the fleeing suspect and then attempted, at the speeds many of us ride a bicycle, to stop him. With a mind towards community safety, there was no further pursuit and the thief, for a moment, got away.

A detective in the area, in an unmarked vehicle, later observed the suspect again. When the thief parked the utility truck to enter a nearby store, to do a little shopping of course, he was arrested without incident after being positively identified by witnesses.

Our courts consider this utility truck to be as much of a vehicle as a pickup truck. It is for this reason the suspect was arrested for Possession of Stolen Vehicle and eluding police. Although a medical matter prevented his booking, charges are likely to come as detectives forward this felony case to prosecutors.