The Pirates end the regular season with an overall record of 7-2, and an undefeated 6-0 in their division.

The team enters the playoffs this coming Friday, Nov. 5 at 7 p.m. and are the #3 seed in the District bracket. They will play the White River Hornets, from Buckley, who have a 4-5 overall record.

Not bad, considering the last time Highline football won a championship was the NPSL title in 1953.

VIDEO
Here’s a great game recap courtesy KING5, who showcased this match as its Big Game of the Week:

Congrats to @DCoop_32 and the @HighlineFBall team! Tonight the Pirates beat @GoInterlakeGo and win the 2A KingCo league title. I asked Maki Piper after the game what’s so special about this team? He said, “Our coaches believe in us!” pic.twitter.com/t7OM2jI01r

Pirates get an INT which results in another TD. Pirates lead 14-0. pic.twitter.com/g0Dh334ssU

2A KingCo champs with the win against Interlake 44-0. On to the playoffs. @DCoop_32 @Marquawn7 pic.twitter.com/Xlv15AzVX5

Wishing our @HighlineFBall team and Coach @DCoop_32 a great game tonight as they play for the KingCo League championship. You are winners on and off the field and we are #HighlieProud of you. 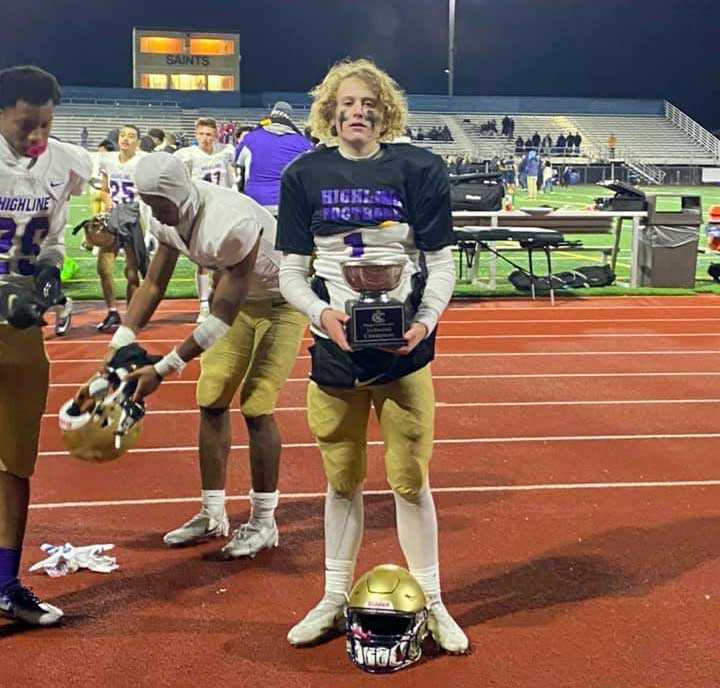